A pair of Pink-necked Green-pigeons (Treron vernans) built their simple nest at the base of an old palm frond. As the frond turned older, it slowly bent downwards causing the chicks to be displaced from the nest (below). Mrs Kame Ong found the two helpless chicks on the ground. At a loss on what to do, she contacted Dr Jean Ho who in turn contacted BESG. Accordingly, Kame placed the chicks in a shallow basket lined with old towels and hung it from the top of the palm (below). This was to ensure that stray cats and passersby will not stumble on the chicks. 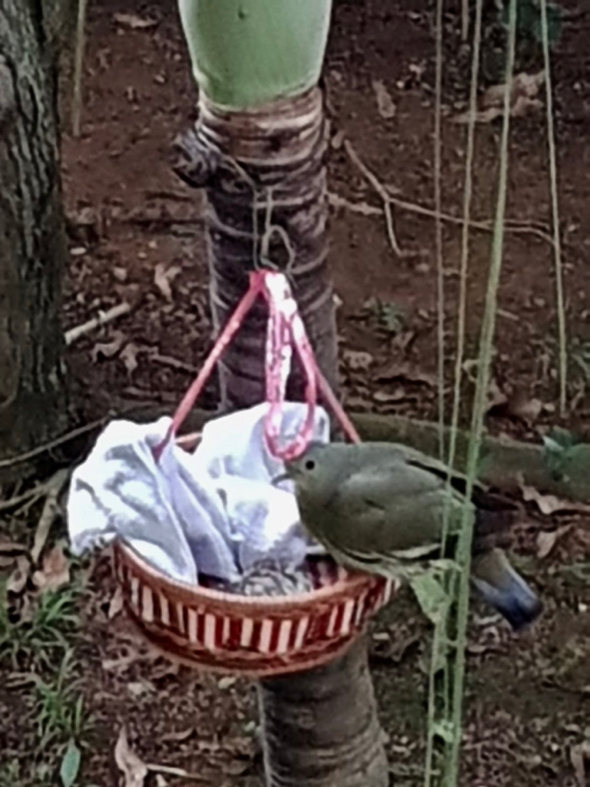 All this time the adult male was nearby, perched on a palm frond. In due course the adult female flew to the basket to feed the chicks (above). After all, in green-pigeons it is the female that broods the chicks during the day, the male taking the night shift.

It should be noted that when chicks get displaced from their nest, the adults will always be around, but they are well hidden from view. They do not abandon their chicks.

Of the two chicks, the older was more active and in the video clip above, you can see the adult feeding the older by allowing it to probe into its gape to received regurgitated crop milk LINK. 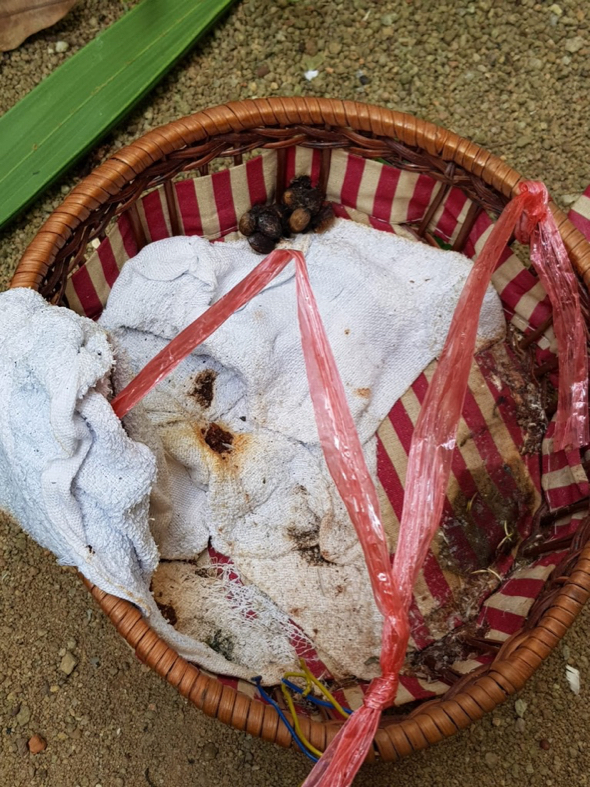 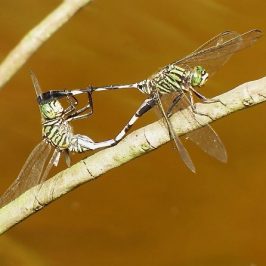