The Bottle Gourd (Lagenaria siceraria) belongs to the cucumber family Cucurbitaceae. It is a strong climber with large heart-shaped leaves (above).

The plant bears male and female flowers on slender stalks. The female flowers are differentiated from the male by the presence of a swollen ovary at the end of the stalk. Fruits are variable in shape and size, often globular, bottle- or club-shaped that can develop to a metre long. 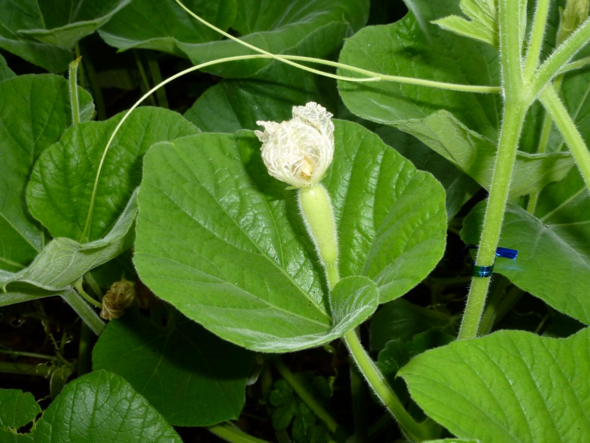 Flowers open at night. Pollination is mainly by bees. However, the male and female flowers do not always open at about the same time. Depending on the temperature, the petals of the male flowers may begin to open during the late evening while those of the female after dusk.

In the late evenings when male flowers are yet to open, Stingless Bees (Trigona sp.) can be seen visiting the female flowers (video below).

On the other hand, in the early mornings when the petals of the female flowers have wilted, thus preventing access to the stigma, both Stingless and Common Honey Bees (Apis cerana) can be seen visiting the male flowers (video below).

In such a situation when male and female flowers do not open at the same time, low fruit formation is the result. As such, hand pollination is recommended for better fruit formation, either done at night or early the next morning. 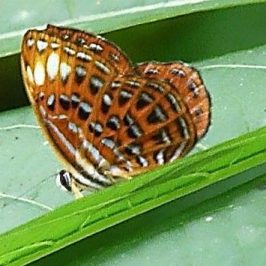 “The Lesser Harlequin butterfly (Laxita thuisto thuisto) is a small but striking butterfly, a rare...

The common mahang (Macaranga bancana) is a small to medium sized tree that grows up...