“A pair of horses were feeding on grass in a paddock and I was watching some mynas using them to get at the prey stirred up. I spotted one horse straying near a pair of Red-wattled Lapwings (Vanellus indicus atronuchalis) that were nesting on the ground (their nesting spot for many years). 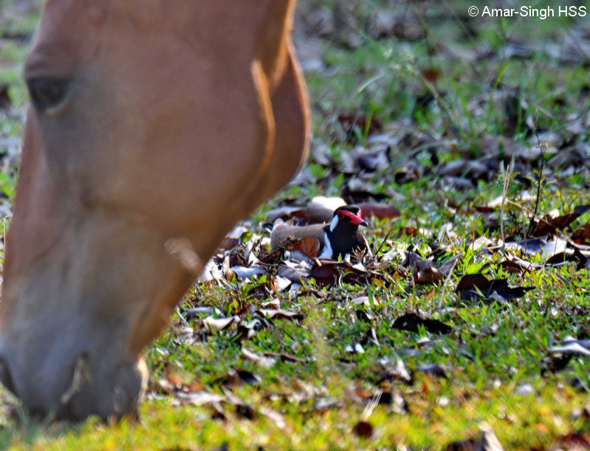 “The horse fed all around the bird but did not disturb the nesting bird. The nesting lapwing was very tolerant and stayed on the nest watching intently and protecting the eggs (above).

“The horse then decided to have a ‘rub-down’ on the grass. Unfortunately, the long tail brushed against the nesting site. The lapwing parent immediately got up and ‘screamed’ at the horse making a threatening posture (below). These were very loud, discrete calls that I have never heard before (not in literature). The horse responded quickly by getting up and moving away. 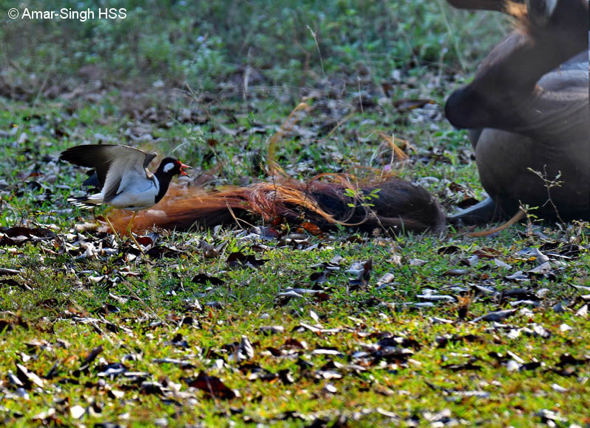 “Throughout the episode, the lapwing did not move from the nest site and stayed to protect its eggs. The partner was watching vigilantly but did not interfere. Note that these horses are released into this paddock on a daily basis. I am sure the birds (resident there) and horses know each other well and the intrusion on the nest was accidental. 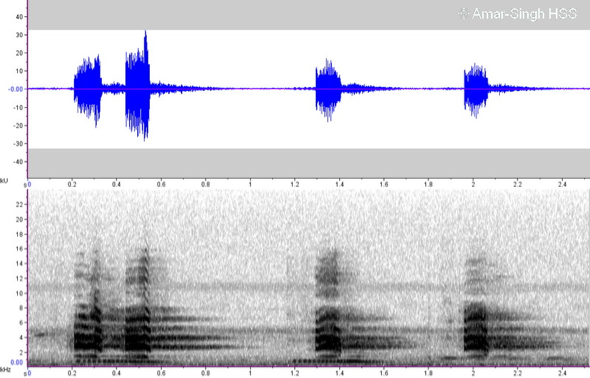 “An edited recording of the second half of the calls is available HERE. The sonogram and waveform (above) show that the calls are layered at multiple frequencies up to 16-17 kHz and have a ‘tower’ structure followed by a ‘drag’ component. There is no order or sequence to the calls. They were the ‘screams’ of a distressed parent protecting their nest.” 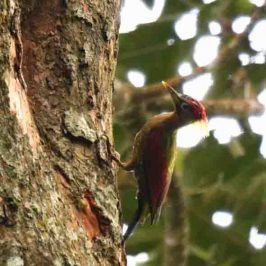 “I heard this adult male Crimson-winged Woodpecker (Picus puniceus observandus) long before I saw him...