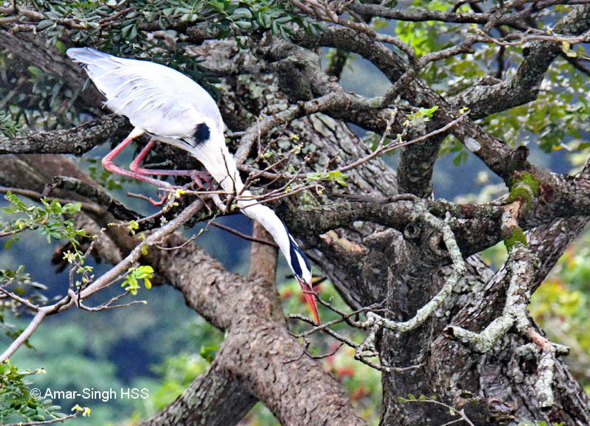 “I saw this Grey Heron (Ardea cinerea jouyi) collecting branches for a nest. As I mentioned in an earlier post there are at least 24 active Grey Heron nests in this area. It was trying to break off old branches off a Rain Tree (Albizia saman), about 1 km from the nesting colony site. It failed with a number of branches/attempts (above) but succeeded later (below). 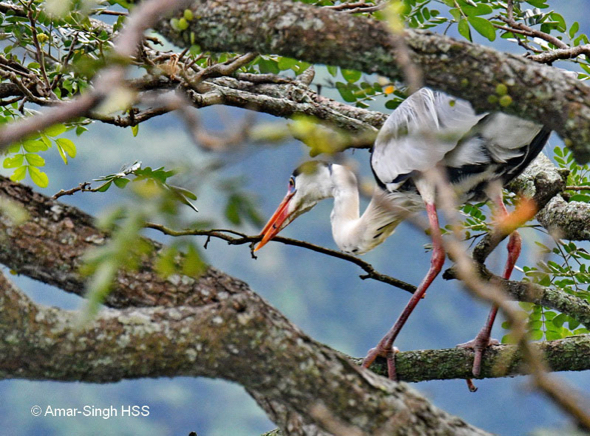 “These to me are presumed adult males as usually one bird will be waiting in the nest to receive the nesting material and build the nest (presumed female) and another will be collecting nesting material. 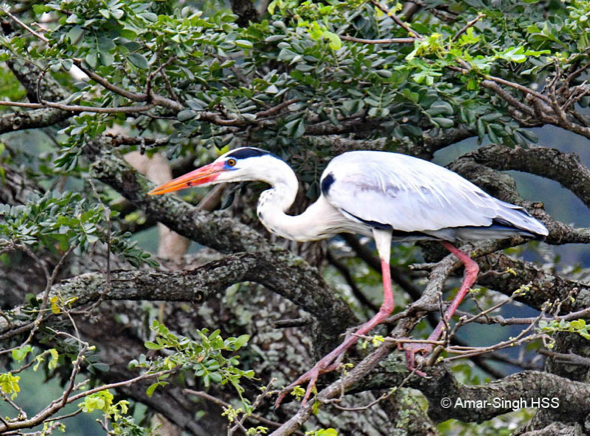 “Note that the bird is in peak courtship colour – what I like to refer to as peak mating plumage (above, close up of face below). 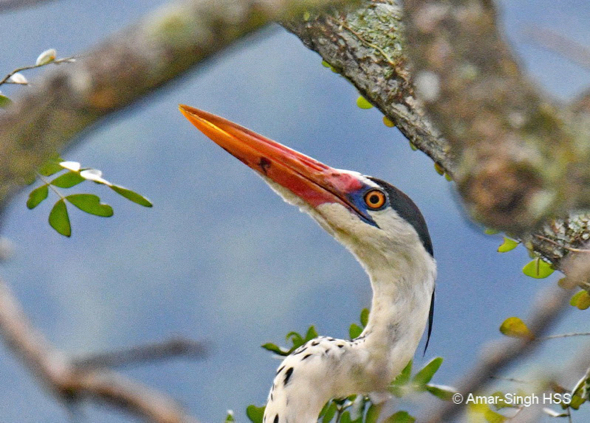 “The facial skin around the eye turns a deep blue-purple with pink just before the beak. The beak is pink at the base and orange in the middle and tip (occasionally bright yellow at the tip). Legs and feet are bright pink-red. The plumes at the crest (black) and breast and scapulars (white) are well developed. Once they have mated the pink on the lores will disappear but the blue will remain for a while; the beak will become more uniform orange-yellow in colour. Although still breeding (incubating or feeding chicks), much of the mating plumage will have dissipated and the birds return to a ‘non-breeding’ plumage state.” 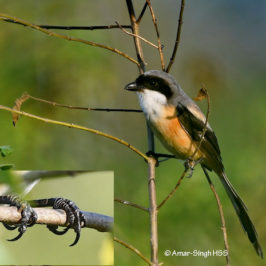 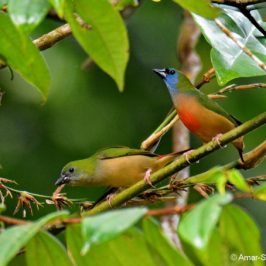