“They describe KD as ‘characterized by dramatic beak deformities such as elongation, crossing, or curvature, and disables infected birds by severely impairing basic behaviors—including feeding and preening—that are crucial to their survival.’ In some surveys they report up to 8% of Chickadees to have deformed bills. More importantly they have determined that some birds are ‘born with normal bills and later develop deformities’.

“They suggest that research into AKD excludes bacterial or fungal infections, bird feeders and contaminants and that current work suggests a viral agent, Poecivirus (see reference 3).

“The Royal Society for the Protection of Birds website describes trauma, congenital defects, disease and parasites as causes for bill deformities (see reference 4).

“Craves (1994, see reference 5) was one of the first to report this in the literature and advises monitoring AKD.

“I think it would be important to consider environmental pollution, especially chemicals, as a key possibility for such deformities, especially if congenital.” 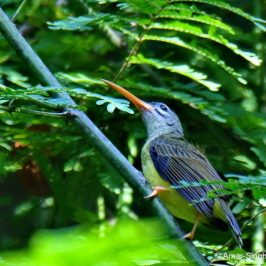 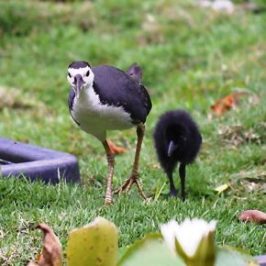 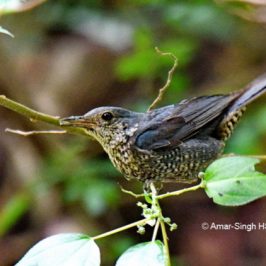 “I have encountered juveniles of the Scaly-breasted Munia (Lonchura punctulata) previously HERE. Attached are some...