The origin of the hibiscus is not known but Keng (1990) believes that it probably originates from China. The pollinating agent is reported to be the hummingbird. In the tropics the hummingbird is represented by the sunbird. But sunbirds are not adapted for hibiscus pollination.

BK Lim photographed an Olive-Backed Sunbird (Cinnyris jugularis) as it was in the process of robbing a hibiscus flower (Hibiscus rosa-sinensis) of its nectar in an unconventional way.

To get at the nectar, the sunbird probes the base of the flower rather than pokes its head into the corolla “tube” and in the process does not help in the pollination process. 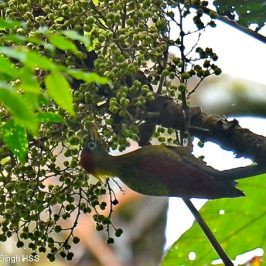 “I spotted two species of woodpeckers feeding on the fruit of the Giant Mahang (Macaranga... 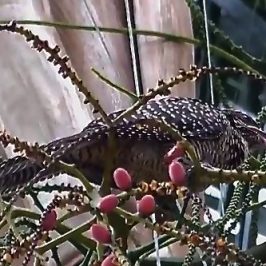 “About a year ago I posted my observations of a male Asian Koel (Eudynamys scolopacea)...