On the 26th of that month Chan Yoke Meng encountered a flock of ten Black Bazas. The birds were very skittish, hunting insects that they brought back to their favourite high perches to be consumed. And whenever these bazas were around, there was quietness all around. Only when they moved off did the bulbuls and pigeons reappeared and began calling and singing.

Bazas look like mynas when flying but their flight pattern is distinctly different. Once you are familiar with the two flight patterns, it is easy to differentiate the two birds from afar. This baza encounter brought back memories of an exciting earlier encounter more than two years ago. On the morning of 31st October 2004, Tang Hung Bun was fortunate enough to witness the spectacular sight of a flock of more than 30 Black Bazas circling the sky above Sime Forest. And a few weeks later, he had the opportunity of seeing a few Black Bazas foraging in the wooded areas behind his office. There were at least three of them. They hid themselves behind the branches and leaves. When they found something, they flew to it and landed in a rather awkward manner on a bunch of leaves to catch it. They would then fly to a branch to enjoy the meal. As Tang recounted, “The little green insect that you see in the black baza’s beak in one of the photos (above) must be the black baza favourite food. I have seen the black bazas eating them quite a number of times.”
. Tang’s earlier posting of his experience attracted the attention of R. Surachai who wrote to inform that Asian Raptor Research and Conservation Network (ARRCN) Thai volunteers counted thousands of these bazas flying south towards the Thai-Malaysia border towards the end of October of that year. This would mean that the birds were heading towards Peninsular Malaysia. The few birds that Tang encountered were obviously part of the large flocks that the Thais counted, birds that ended far south into Singapore.

Our bird specialist R. Subaraj has this to add: “I have personally seen a single flock of 100 birds spiralling on a thermal over Mount Faber. They can be seen anywhere in Singapore, with the largest flocks recorded over southern and central parts of the island. Many are also seen along the east coast at places like Loyang and Ubin.

“Small wintering flocks have always over-wintered at sites like the Central Catchment, Pulau Ubin and Sungei Buloh, to name a few.” 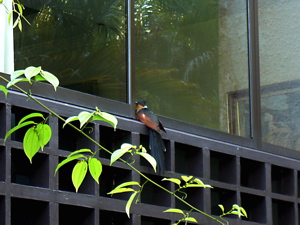 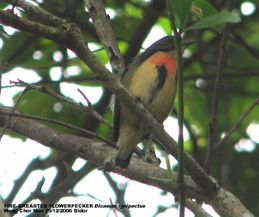 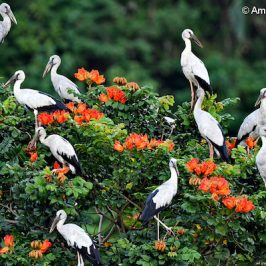