A pair of Oriental Pied Hornbill (Anthracoceros albirostris) was seen at Changi Village around 5.45 pm in early October 2006 in a courtship ritual. The pair was perching on the branch of one of the old angsana trees (Pterocarpus indicus) lining the main road. The male had just caught a gecko, which, in its struggle to get free, lost its tail (above). The bird approached his mate and offered the gecko to her. The mate appeared to accept, opening her bill, but apparently he was just teasing her (above and below). 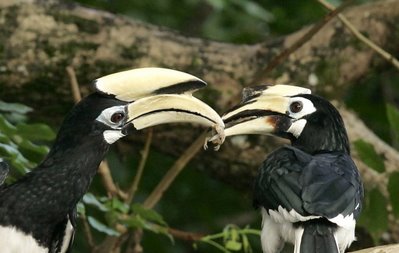 The male bird trotted off along the branch, soon followed by the female. He then flew off to a nearby tree trunk with a cavity that developed as a result of faulty pruning of a branch. There he waited for some time with the gecko still in his bill. He then went through the motion of placing the gecko inside the cavity a few times without getting the female to fly over (below). 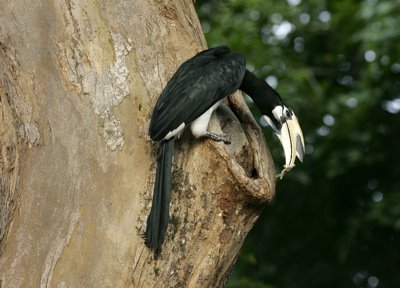 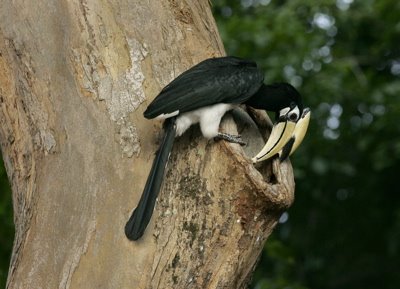 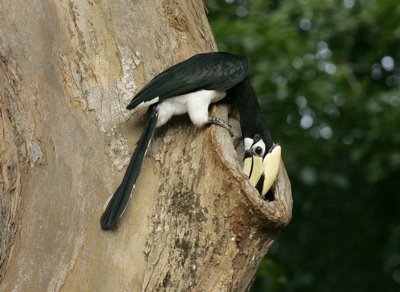 After some time trying to entice her to come over to check on the cavity, as is usual with hornbills, he flew off to a nearby branch to eat the morsel himself. 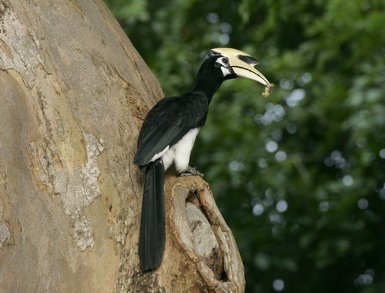 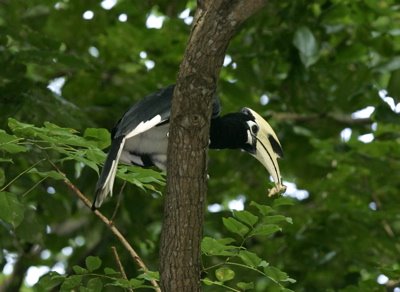 See also the courtship between a Great Hornbill (Buceros bicronis) and a Rhinoceros Hornbill (B. rhinoceros) here. 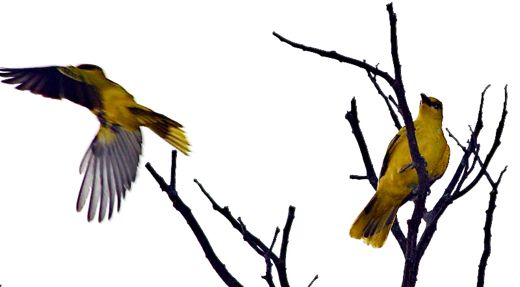 The Black-naped Oriole (Oriolus chinensis) is a common resident of Singapore and Peninsular Malaysia. However,...