Do birds have teeth? A few species may look as if they do. But these are actually tooth-like notches on their mandibles. And they are also not used to chew food. However, a developing chick inside the egg may have an egg-tooth, a sharp projection on its bill. But this is not a true tooth. 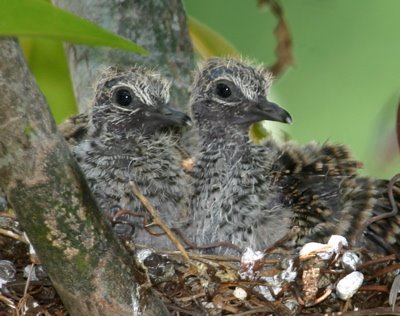 As the chick inside the egg develops, the shell thins from the inner lining as calcium is absorbed. Even then the shell is still a substantial barrier between the hatchling and the outside world.

The chick needs to break out of the egg by pecking hard on the inner wall of the eggshell. This it does with the help of a sharp egg tooth found at the tip of the upper beak. This tooth disappears in the weeks after hatching.

This is the theory most birders know. But how many of us have actually seen the egg tooth? Only with the help of photographs do we have a chance of actually see the tooth.

In the above image of two Peaceful Dove (Geopelia striata) (previously called Zebra Dove) chicks, the egg tooth can distinctly be seen at the tip of the beak. 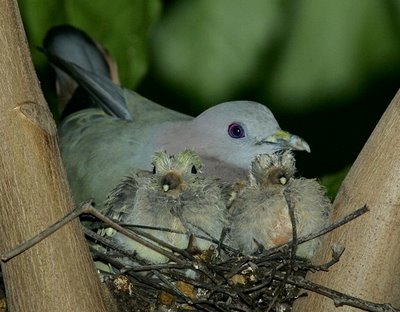 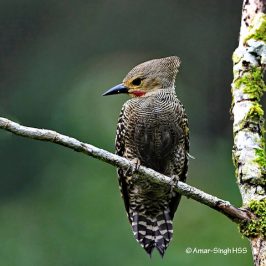 I spend some time with these handsome, small woodpeckers at the Keldang-Sayong Forest Reserve in...