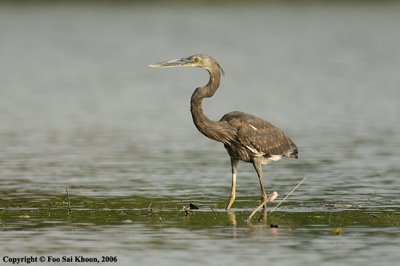 The Great-billed Heron (Ardea sumatrana) is one of the tallest bird seen in Singapore and as such will always be a talking point. However, it is a rare resident. Its appearance in Chek Jawa in the offshore island of Pulau Ubin and also in the Chinese Garden in Jurong recently has got birders and photographers excited. Foo Sai Khoon, an avid photographer, managed to capture a series of images of the heron successfully catching a fish.

Although reported to prefer mangroves, mudflats and rocky islets, it is commonly seen also in inland rivers. Thus its presence in the freshwater pond in Jurong is nothing unusual. 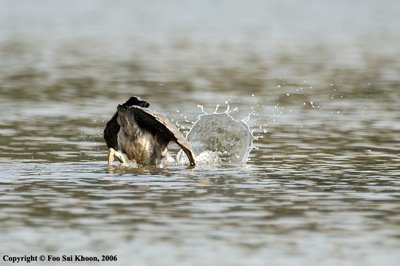 As with most herons, the Great-billed is a carnivore. It hunts alone, catching mainly fish, crabs and other crustaceans as well as mudskippers. It has a long and thick bill that allows it to handle large prey. Its long legs make it easy for the bird to stalk prey in shallow water (top). 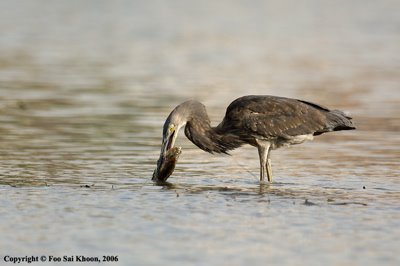 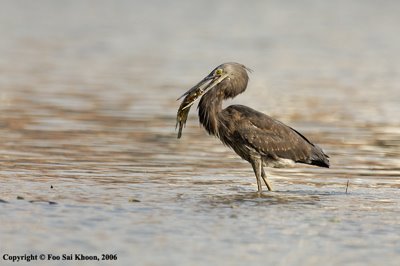 Herons use various methods to hunt. The bird may stand motionless in shallow water for fish or some other aquatic prey to come within easy reach before suddenly pouncing on it (second from top). Or it may wade slowly along, searching for prey.

As the prey is in the water, the bird needs to compensate for refraction. Thus the head and neck are moved from side to side (left) as well as forward and backward. Such movements allow the bird to improve on its binocular vision and to calculate the exact distance of the prey.

The bird generally captures its prey by grabbing it with its bill or even impaling it. We have already seen how the Little Heron (Butorides striatus) baits prey. Once the prey is caught, it is swallowed whole, usually head first (above two). Parts that are not digested, like scales and bones, are regurgitated in the form of a pellet.

Input and images by Foo Sai Khoon. The images were originally posted here. 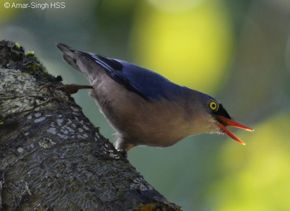 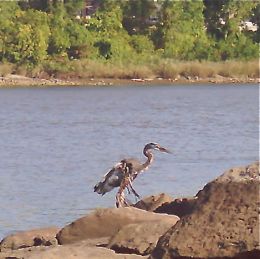