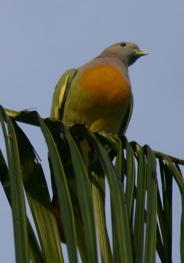 I got involved in Pink-necked Green Pigeons (Treron vernans) when they started visiting my garden some years back. They loved to perch high up on the back of the fronds of my ceram palms (Rhopaloblaste ceramica) during mornings and evenings. They would make soft gurgling and bubbling sounds and I would be alerted to their presence. There were always a few pairs, first perching apart but gradually moving closer together, very much like shy courting couples on park benches.

My interest really took off when a pair nested among the branches of my Dracaena reflexa “Song of India” tree in February 2005. This was the second time a pair had been nesting. The first occasion was a few years back. At that time I was watching the birds incubating the eggs. Whenever I looked at the nest the male would be there, sitting comfortably and never moving.

The constant presence of the male in the nest puzzled me. As I was then not really interested in birds but just wanting to capture images of them nesting, the puzzling thought did not remain for long. Until that fine morning when another pair nested in the same tree.

Again, it was always the male bird sitting quietly in the nest. Puzzled, I consulted my two favourite bird books: Madoc’s “An Introduction to Malayan Birds” and Hails’ “Birds of Singapore.” Only the flimsy nest and two white eggs were mentioned.

Desperate, I trawled the net. Google search yielded 814 hits for Pink-necked Green Pigeons. Prominent among the results was Ria Tan’s webpage. It gave information that was already published. This was acceptable as she was not a bird watcher. The other 813 hits were generally irrelevant. 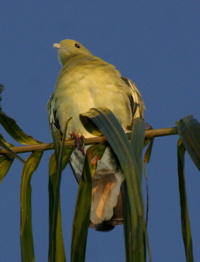 David Wells’ 1999 book, “The Birds of the Thai-Malay Peninsula” stated that both birds helped incubate the eggs. But this did not help as I only saw the male in the nest. The female was not seen around at all.

It was very much later when I acquired a copy of “The Selby Guide to Bird Life and Behaviour” by D.A. Sibley (2001) that I found out that the male pigeon incubates the eggs during the daylight hours and the female through the night. But then this was weeks after I discovered the fact through hours of tedious observations.

So the relevant information may be available in foreign publications, based on observations of foreign birds. Obviously, information on local birds are desperately lacking.
.
.
YC Wee
Singapore
14th October 2005 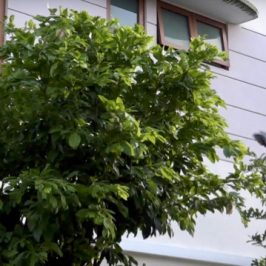 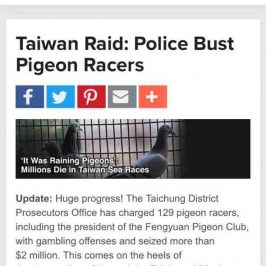 “A few hours after the mass email was sent to around 1600 recipients in my...