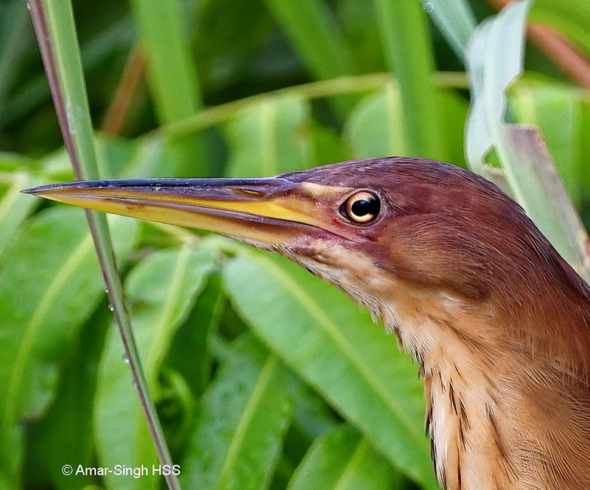 “The structure of the iris of the Cinnamon Bittern (Ixobrychus cinnamomeus) has always fascinated me (above). It has a pigmentation posterior to the pupil and I have wondered about its function if any. Wells (1999) states ‘iris yellow with dark mark fore and aft of the pupil’.

“In addition the pupil is more elliptical than circular (some describe is as ‘barrel-shaped’ or ‘bar-shaped’) – better seen when in bright light. 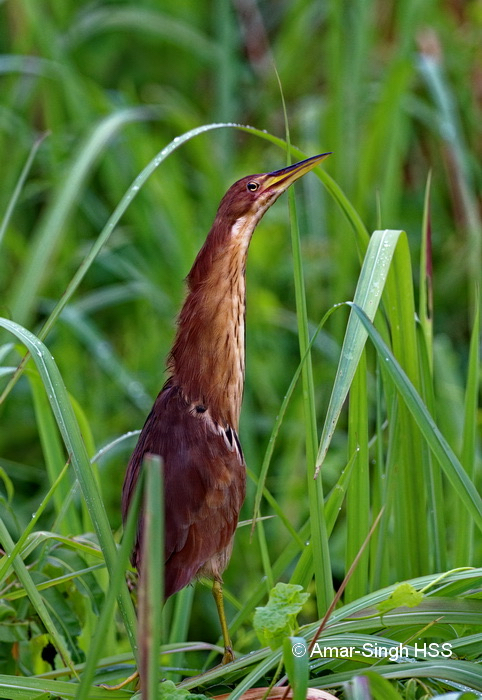 The image above shows that when the bird has the neck stretched out (‘elongated position’), dark feather between the neck and body can be seen. This is not seen well when in crouched (‘squat-position’) (below). 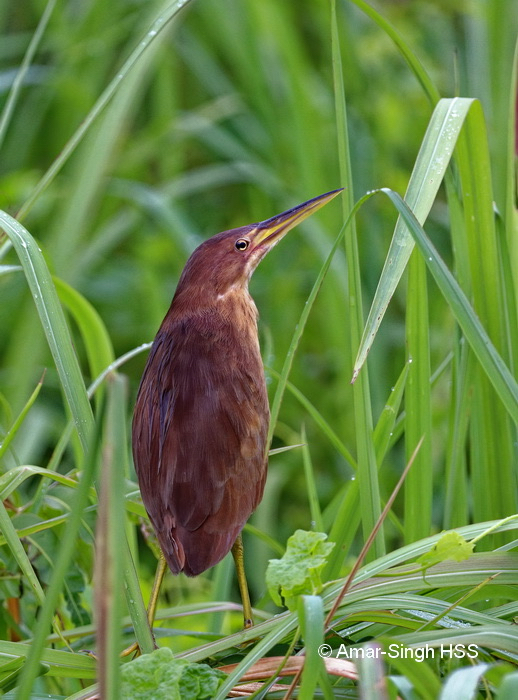 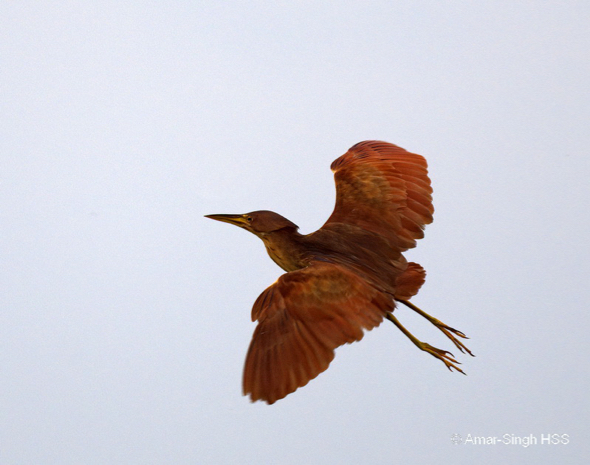 “The above shows the bittern in flight.