“I was helping with a conference for children with disability at this location and took the opportunity to wander around the city trying to get a feel of local bird life. I spotted a pair of munias nest building. I tend to watch all birds (common or not) but was surprised to see the white belly with black face, throat and breast and recognised they were ‘rare’ Javan Munias (Lonchura leucogastroides) (below). “Both partners were involved in the nest building and were using long stands of dried grass (below). The nest was hidden in an ornamental, potted plant in front of building, approximately 2 meters up. Note that post 2 is likely a female as is showed some ‘scattered, fine dull brown apical fringing on flanks and belly’ (Wells 2007). “Javan Munias are native to Java and South Sumatra in Indonesia and feral population have been introduced to Singapore since 1920s (Wells 2007); the population there have been declining. They have been seen in Peninsular Malaysia since 2003 and a recent write is available here: PDF.

“The location I saw them at, is ~100 km (as the bird flies) from the location mentioned by Tim Robinson. eBird data shows that most reports are clustered around Singapore and southern Johore but a few involve sightings up to the middle of Peninsula Malaysia. It is possible that the species is no longer just existing as feral populations but slowly spreading with active breeding.” 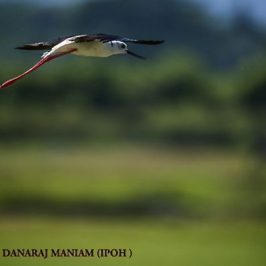 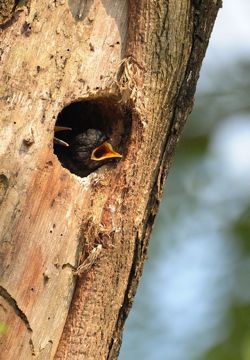