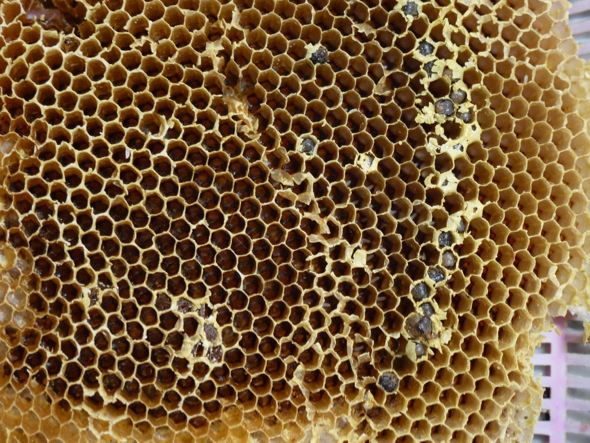 The absconding of the bees from the nest exposed the honeycomb LINK. Acquiring a piece of damaged comb allowed for detailed observations. Most of the cells were empty. There were a few cells with bees in them. A few bees were trying to emerge from the cells (above). There were also newly emerged young bees on the comb (above). These bees measure 9-10 mm long with forewings about 6 mm long (below, scale in mm). 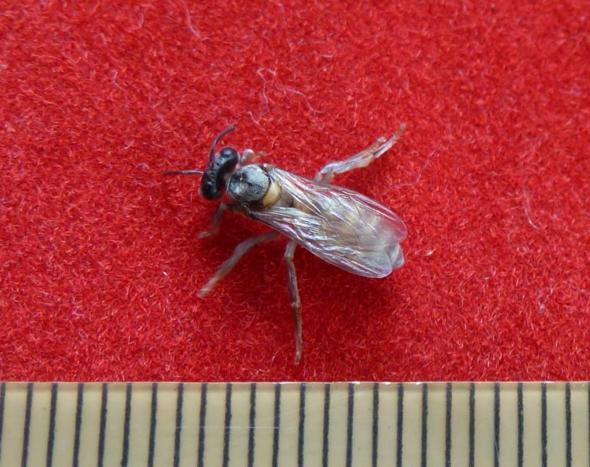 These newly emerged bees were left to fend for themselves. They were foraging on the damaged comb looking for whet honey and pollen that were left among the mostly empty brood cells (video below). All the worker bees that would normally look after them were no longer around.

There were also tiny white larvae seen, most probably those of worker bees displaced from the cells. Also, one extremely large larva was seen, measuring about 20 mm long, about twice the length of the young worker bees (below). Can this be a larva of a drone, as the drone is much larger than a worker bee? 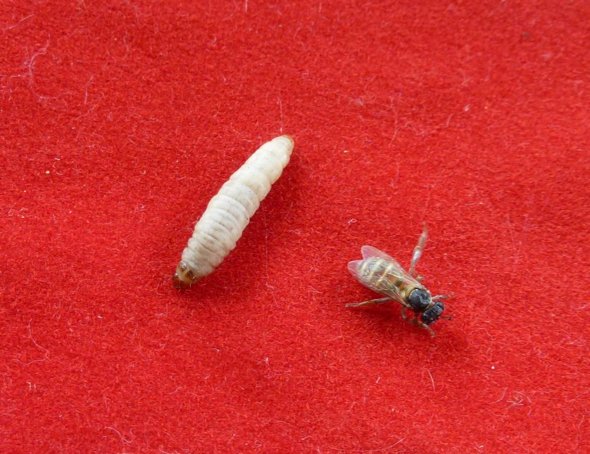