“I am indebted to a colleague, Chiu Sein Chiong, who alerted me to Hadada Ibis (Bostrychia hagedash) in his area this morning. I managed to get some good views but photography was impaired by it being a very dark/overcast morning. Chiu notes there are usually around when the weather is overcast. Two birds were around today and Chiu suspects the other 2 are nesting – they have been seen mating. “These 4 to 5 birds have been in my region since late 2017. They are feral populations possibly coming from the south, Klang Valley area, where they have been seen in various urban parks as escapees form bird parks since 2012. “I heard and recorded their fantastic, loud, raucous calls and sonogram & waveform (below). Calls were made intermittently by both birds initially while in the trees and then in rapid succession as they flew off to feeding grounds near the river. “These Hadada Ibises were brought in as part of bird parks in Klang Valley. But since at least 2007 found in public gardens (escapees) in the KL/Klang Valley area. Since 2017, a few (5 birds) have found their way up north to Ipoh (200 km). Not sure why as they are described as not migratory and tend to be localised (in Africa). They are not from the Taiping Zoo (70 km north as far as we can tell).

“Almost all our sightings in Ipoh have been at Chiu Sein Chiong’s (good local bird watcher) home which is facing a large golf course with many overgrown trees and near a river. At least 11 sighting since late 2017.

“Once they were seen mating/copulating – a video by Ooi Beng Yan at Chiu’s area here: HERE.

“No nests in Klang Valley or Ipoh located as yet. But the group in Ipoh has shrunk, suggesting those that mated in June 29th this year may be nesting. We are actively looking along the river near Chiu’s place for nests.”

Addendum by Dr David R Wells:
“Conspicuous, noisy woodland-edge bird along African waterways, including close to settlements, hence not surprising that escapees feel enough at home in Malaysia to have started to spread out. If there is space for an ibis of this type, however, pity that it has to be African and not Asian. White-naped might now have done just as well.” 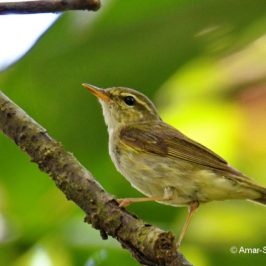 “Managed to squeeze in a day visit to Singapore as we had an appointment with... 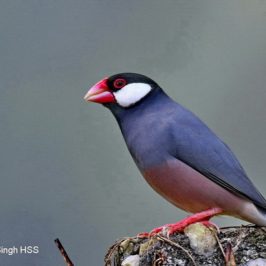 “There are 5 sites I am aware of in the city where these localised community...