“Extract from Wikipedia LINK ‘Lycaenidae is the second-largest family of butterflies (behind the Brush-footed butterflies), with over 5,000 species worldwide, whose members are also called gossamer-winged butterflies. They constitute about 40% of the known butterfly species.” “Adult individuals often have hairy antenna-like tails complete with black and white annulated appearance. Many species also have a spot at the base of the tail and some turn around upon landing to confuse potential predators from recognizing the true head orientation. This causes predators to approach from the true head end resulting in early visual detection” “Some pics of other Lycaenids with ‘false heads’ are shown above and below. “Here’s a video (below) of a Red-edge Blue (Semanga superba deliciosa) ‘scissoring’ its hind wings as a defence mechanism – as explained above in Wikipedia, or it could also be trying to attract attention to its tail (which it can afford to have damaged or missing), and away from its head… 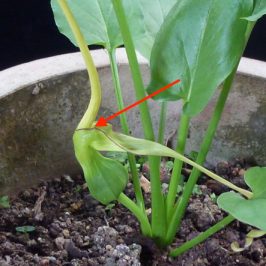