Whiskered Treeswift (Hemiprocne comata), unlike typical swifts, is able to perch firmly on twigs and branches with the aid of its non-reversible hind toe. It likes to sit in a rather upright posture at a spot where it has a good all-round view of the surroundings.

This image by Low Choon How a.k.a. dominator shows a Whiskered Treeswift perching on a branch and looking backwards. Yes, it has turned 180º which enables it to see at the back.

All birds have long necks. This is not apparent because the neck is folded in an S-shape and concealed by the feathers. The large number of cervical vertebrae that can rotate against one another in all directions allow for such movements. This ability compensates for the lack of eye movement in birds due to the large eyeball in a compact streamlined head that has no space for eye muscles.

An earlier post shows the Common Kingfisher (Alcedo atthis) making a similar 180º head turn, enabling it to preen its tail feathers while still perched on the branch. 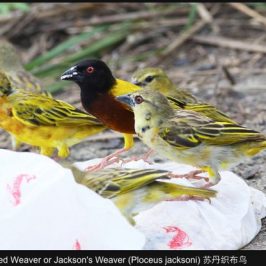 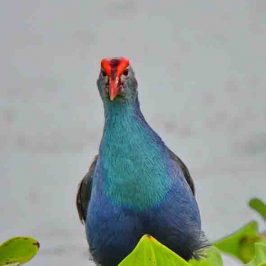 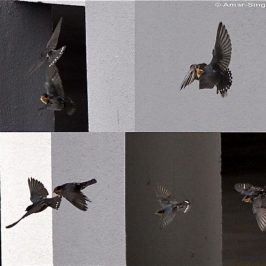