A pair of Purple-throated Sunbird (Leptocoma sperata) was photographed on a branch by Dr Jonathan Cheah Weng Kwong.

The male sunbird flew to a perch and started preening. Soon a female arrived, perching a little distance away. Noticing the female, he started his courtship display. He stretched out his body, with his bill pointing skywards. This puffed out his breast, displaying his rufous maroon chest and stretched his chin and throat, the better to display their metallic purple feathers. All this time he was singing loudly.

At first the dull, grey-olive female appeared disinterested, facing away from the male. Finally she turned around to take in his display. However, within a minute or two, she flew off, leaving him alone on the branch. 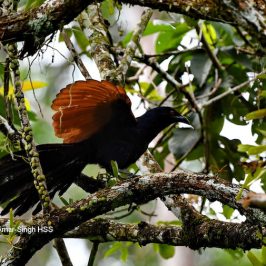 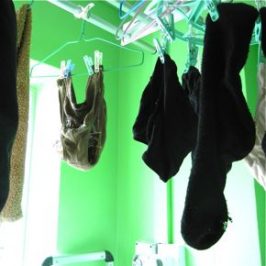