An earlier post of a sleeping Common Tailorbird (Orthotomus sutorius) that looked like a tiny ball of feathers has spawned another report on sleeping birds by Eddie Lee. This time we have a few images of the tailorbird in dreamland as well as those of the Olive-backed Sunbird (Cinnyris jugularis):

“I first noticed that the Olive-backed Sunbirds spent the night perching on tree branches a while ago, but didn’t pay much attention to them.

“Then on 28th May 2006 I saw a lone male Olive-backed perching on a tree branch under cover of darkness, presumably spending the night till daybreak. This time I was armed with a camera and took some shots of it at arm’s length distance (left). Incidentally the flash which illuminated the branches did not seem to disturb the bird at all. It continued with its seemingly deep sleep. The bird was seen on a few more occasions after this encounter and subsequently failed to return. “On 25th March 2007 I caught sight of a pair of Common Tailorbird doing the same on a different type of plant. Managed to shoot some pictures. Again on 5th April, but only a single tailorbird returned to roost. The bird was once again photographed on 22nd July.

“All the pictures were taken between 8-9 pm (top). As I only visit the place during Sunday nights, I can only presume that the same bird returned to the same plant every night until recently when it was no longer to be seen.”

Most birders take it for granted that diurnal birds sleep at night. And that nocturnal birds do so during the day. We do look for sleeping nocturnal birds, especially owls but how many birdser look for sleeping diurnal birds at night? We are familiar with masses of roosting birds but individual birds? With this post we know that birds take different postures sleeping. Unlike the tailorbird, the sunbird does not tug its head under its wing. Both sleep while perched on a branch. I am sure there are birds that sleep on the ground.

It is hoped that photographer who are fascinated with birds will keep a look out for sleeping birds and share their images. 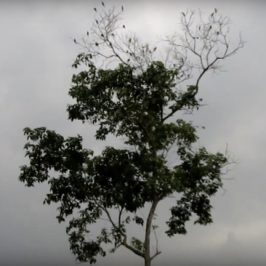 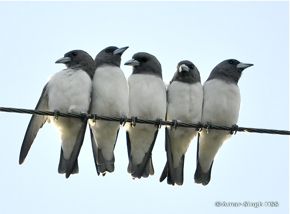