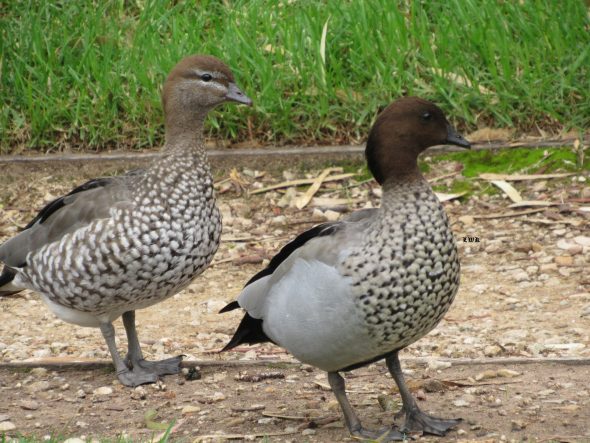 It is visually a small-billed, grey-bodied grazing duck, about 45-60cm in length.

The male has a rounded, dark chestnut head with a black mane down the back of its nape. Its eyes and bill are black, and legs and webbed feet are greyish in color. The nostril openings are roughly in the middle of the bill, in comparison to others like the Pacific Black Duck whose openings are near the base of their bill.

The lower neck, down to the chest is covered with a pattern of tightly packed white cotton blobs. Some of the adjacent blobs merge into each other. Peeping through in between the white blobs are the underlying brown feathers. (Image 1)

The female has a lighter brown color head with a brownish horizontal eye stripe, bordered by white above and below. Its neck and chest are similarly covered with the same pattern of  white cotton blobs. However in the female, this pattern continues into the belly region. From there it is white feathers all the way to the vent. The male has a dark brown belly and vent. The female’s bill and legs are also paler in color. (Images 1 and 7))

In the male, the side of the belly and flanks are light grey in color. On closer inspection the grey is caused by an abundance of fine down-like feathers which are delicately lined with feathers of a darker shade. This results in a repetitive pattern of linear lines that can be so mesmerizing that an approaching predator may have a momentary visually induced dizziness. This could give the duck a better chance of escape. (Images 2 and 3) 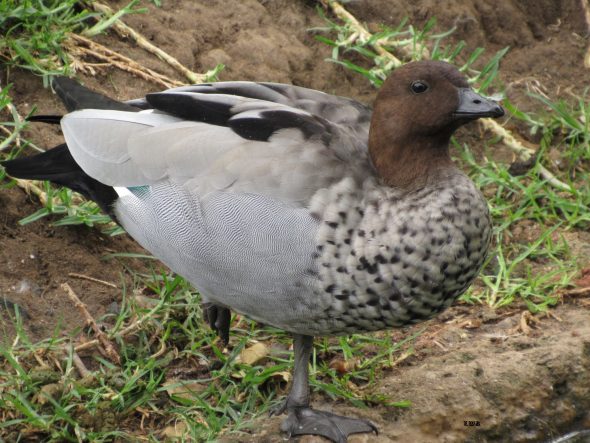 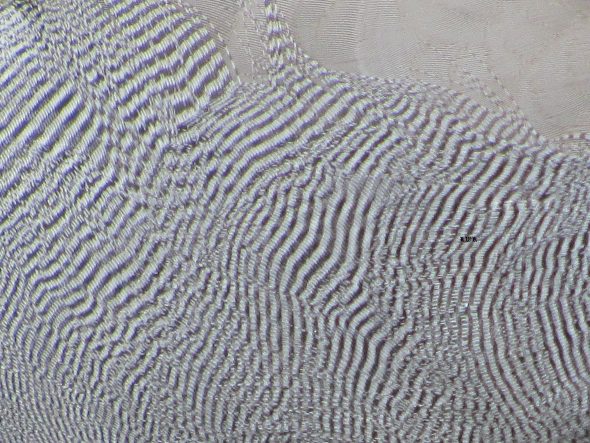 Both male and female have bold black stripes down their back, ending with black tail feathers. Both also have iridescent green speculum. (Images 1,  4 and 5) 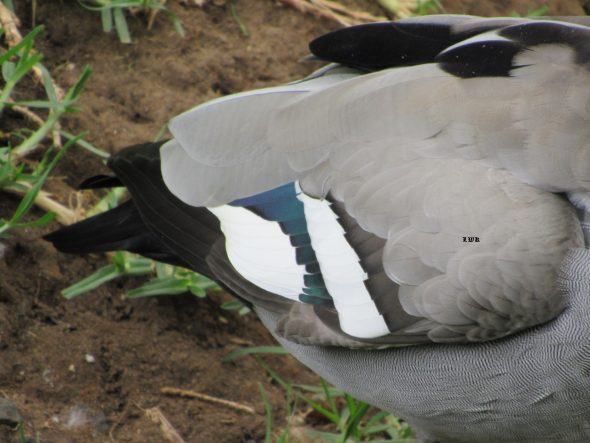 Images 7 to 14 is a gallery of pictures to showcase the beauty of these ducks. 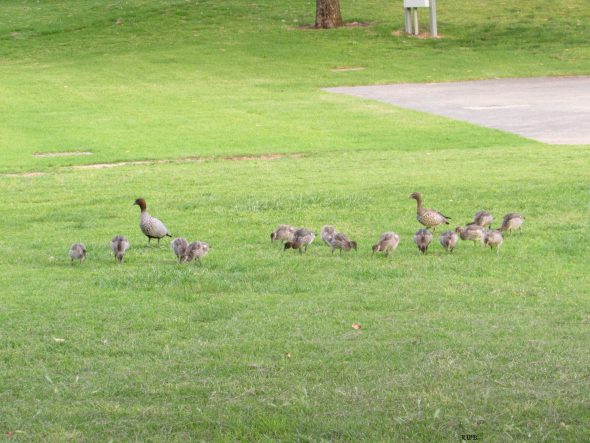 Australian Wood Ducks usually lays about 8-11 eggs, often in tree hollows. However large brood sizes of up to 18 have been recorded.  Image 6 above (taken in Adelaide on 4th Nov. 2016) shows 15 ducklings in the family. This could be due to egg dumping. Female occasionally lays (dumps) some eggs in their neighbor’s nest (same species) before laying full clutch of eggs in their own nest.

Some other ducks even lay eggs in nests of other species, e.g. Redheads parasitize Canvasback ducks (Sorenson 1998).

The extreme form of this parasitism is when the female lays all her eggs in the nests of other species (Obligate brood Parasitism). One local example is the Asian Koel (Cuckoos).

Why would Australian Wood Ducks lay eggs in other ducks nest when they have their own nests? In other words, why foster out their children? Below are some possible reasons:-

–   Reducing chances of inbreeding and its attendant genetic defects. 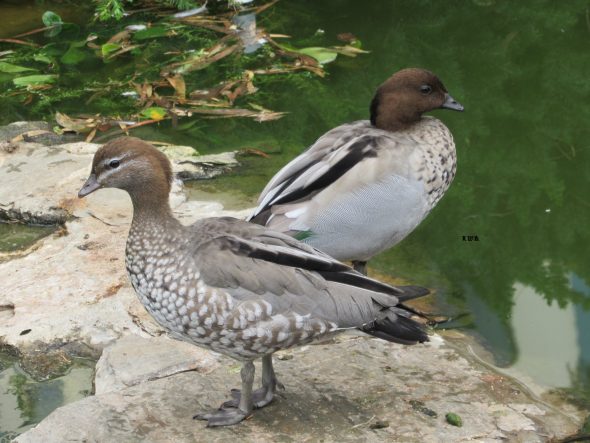 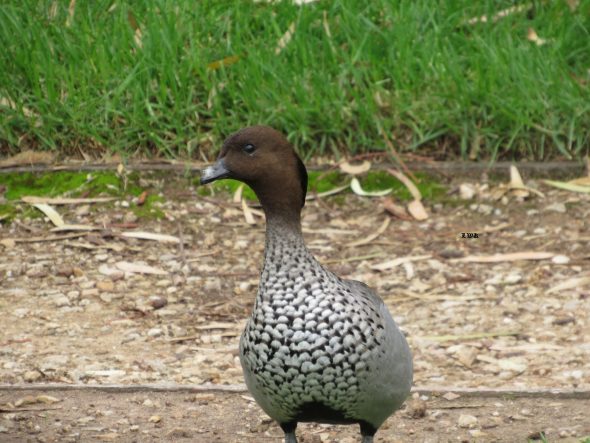 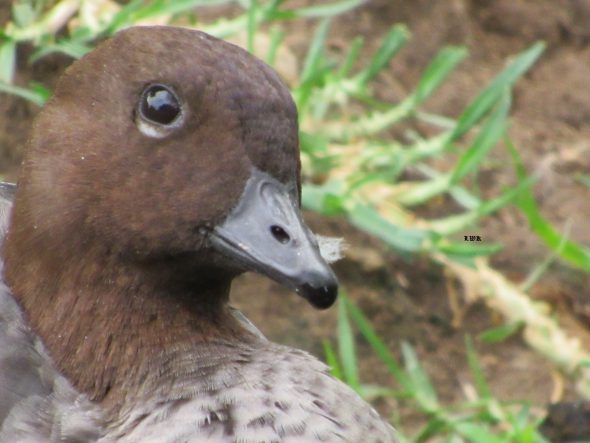 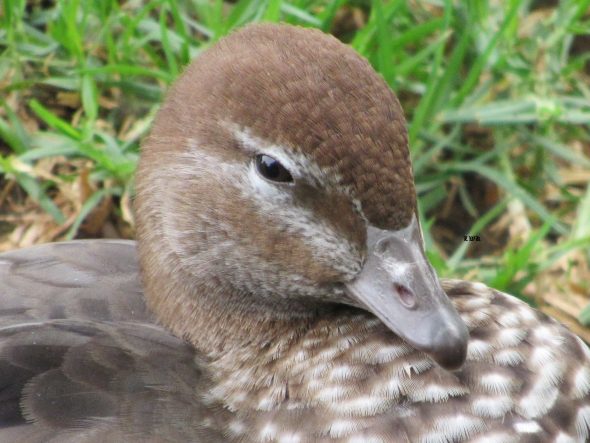 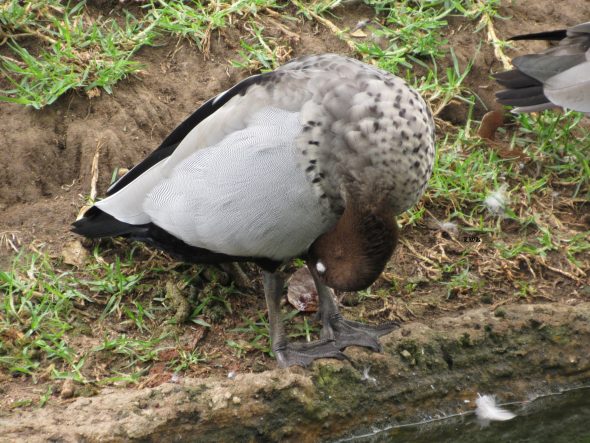 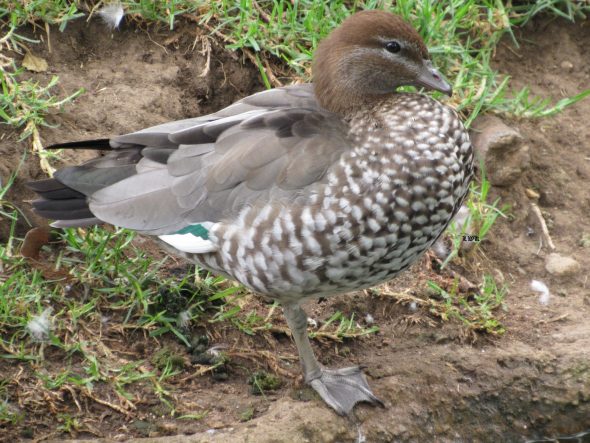 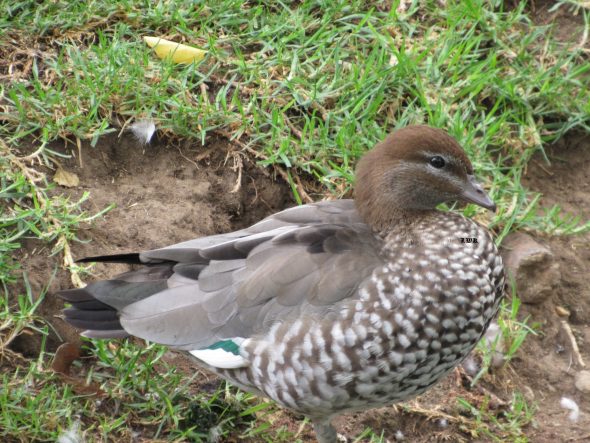 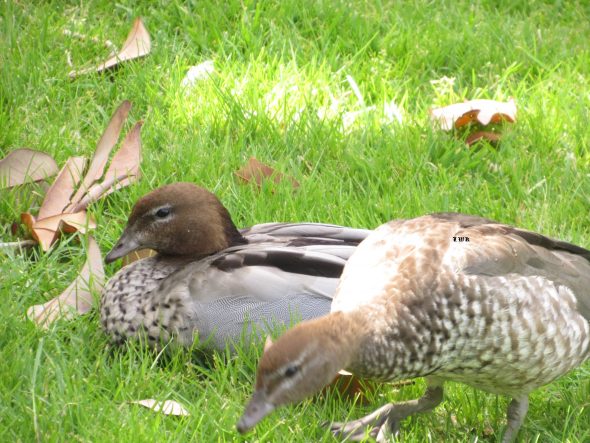