These beautiful birds possess brilliant blue and yellow bills which are easily recognised in the field. The females are similar to the males except for a slightly smaller size.

Sim Chip Chye was tipped  by his buddy Art Toh of this rare sighting at 1600 hrs. Since he had missed the opportunity at Pulau Ubin’s Chek Java, he hurried to record this birdie in the mainland. By the time he picked up his gears, travelled there and brisk walked to the location, he walked pass many of his birding friends who assured him that the bird was still around. He reached the location around 1700 hrs! Lighting had diminished somewhat and the bird was rather fleet-winged and flying all over the tall trees. With the help of some buddies, he managed to take home some records of this lovely avian species that he had also missed during a trip up north some years back.
Photographs ©Sim Chip Chye
28 May 2022
∼1706 hrs
Sungei Buloh Wetland Reserve
Texts by Teo Lee Wei 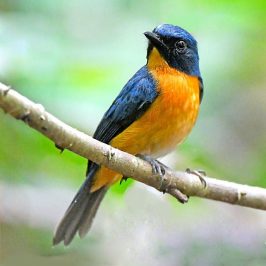 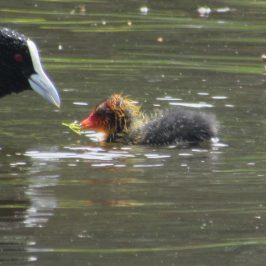 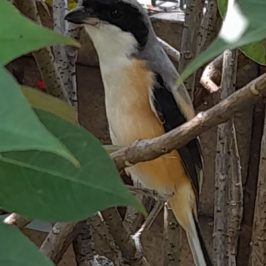 Dave observed a lone Long-tailed shrike Lanius schach in the vicinity of Bishan MRT station on... 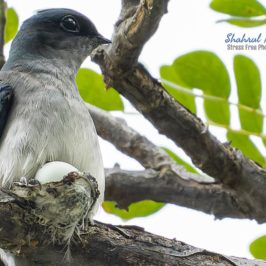 Shahrul Kamal learnt from other photographers that a pair of Grey-rumped Treeswift (Hemiprocne longipennis, Family:... 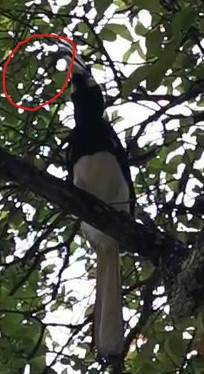 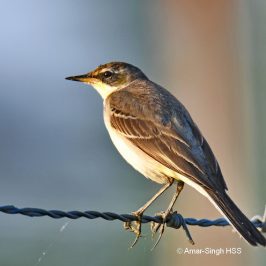