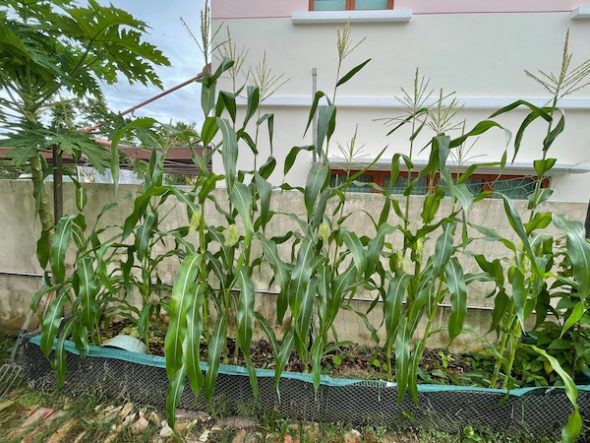 A row of corn plants bearing tassels at the top and silks below.

Corn or maize (Zea mays) is a single stemmed plant that grows to a height of about 2 metres. The plant bears both male and female flowers, technically known as monoecious (above). 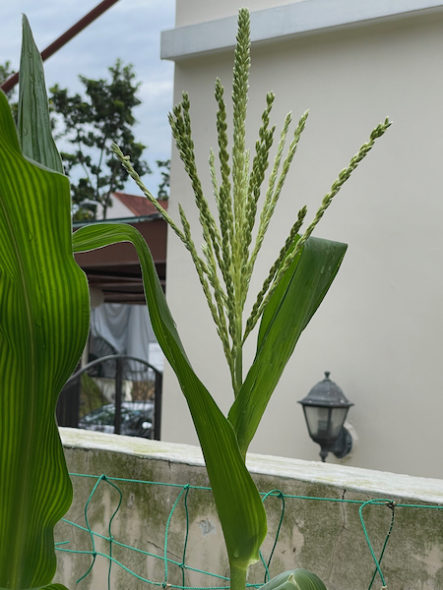 The male tassel appears at the top of the plant (above). It is covered with numerous male flowers, each bearing three anthers (below). These anthers dangle out to disperse microscopic dust-like pollen through the pores at the tip. It may take a tassel up to seven days to complete shedding its pollen. This happens during a dry morning.

A tassel branch showing male flowers with the anthers dangling down.

Corn is wind pollinated but this does not mean that insects are not involved in pollination. Bees and also grasshoppers have been seen at the anthers, the former collecting the pollen (below). These insects may pollinate the female flowers, but wind would still be the major pollinating agent. 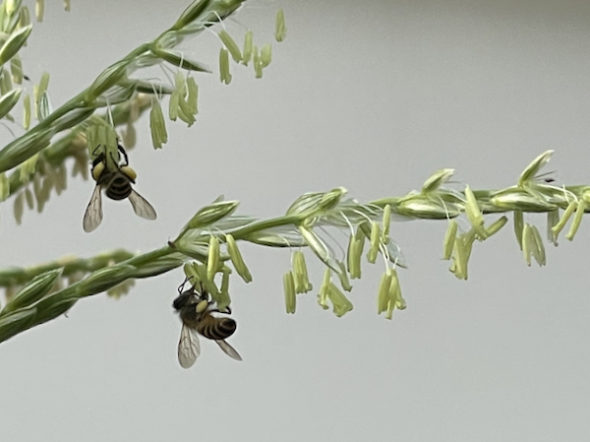 Below the tassel can be found the silks (below). These are the stigmas of the female flowers, arising from the ear shoot growing from the axil of the stem. Each strand of silk arises from a single kernel or ovary. The silks appear green, turning brown with time. Pollen falling from the tassel above or even pollen from other plants found nearby cause pollination. 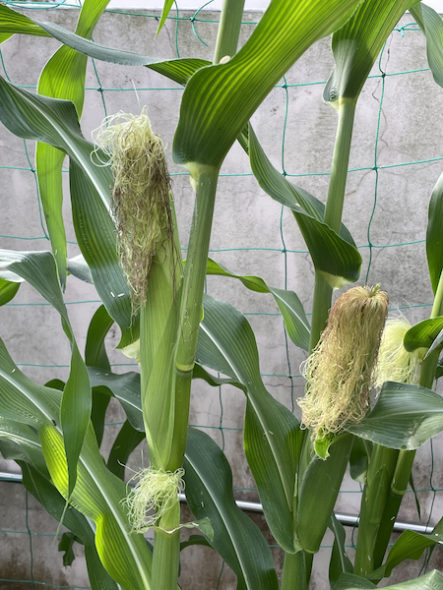 The pollen grains landing on the silk below the tassels are caught by small hairs. These long silky hairs are actually the stigmas of the numerous female flowers at the base. The pollen grains germinate on the silk, growing a tube down the entire length of the silk to eventually reach the female sex cell. Fertilisation follows when the descending male sex cell fuses with the female sex cell at the base where the female flowers are. A corn kernel then develops, bearing numerous corn cobs. If every single silk is successfully fertilised, the corn will be fully packed with cobs.

An immature corn with the bracts removed showing the numerous styles, each arising from a single ovary on the corn cob. 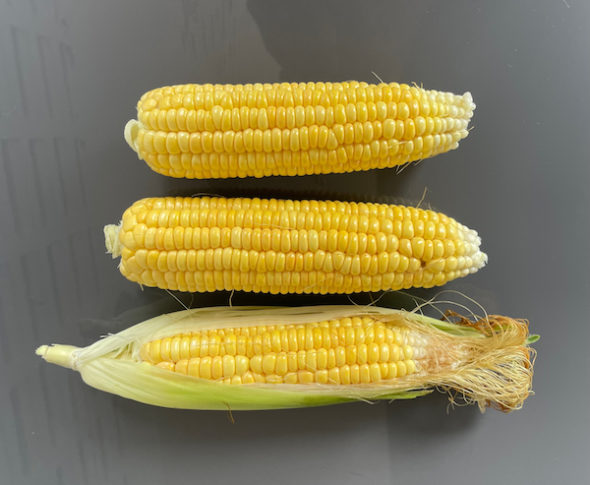 Corn on cob ready for eating.

A figging fig tree is heard long before it is actually seen. This is exactly...