The King Cobra belongs to the genus Ophiophagus while the true cobras belong to the Naga genus. There are several other snakes with the common names of cobra that do not belong to the Naga genus, such as Tree cobras (Pseudohaje), Ring neck spitting cobras (Hemachatus), Shield nose cobras (Aspidelaps), Black desert cobras (Walterinnesia) and False water cobra (Hydrodynastes).

King cobras usually range from 10 to 13 feet but can reach 19 feet in length, making them the longest of all venomous snakes.

These snakes are found from north-east India, Nepal, Bhutan, Bangladesh, Myanmar, Thailand, southern China, Liao, Cambodia, Vietnam, Malaysia, Singapore, Indonesia and Philippines. They are found in forest areas, grasslands and mangrove forests. The skin color varies across the habitats, from black with white stripes to unbroken brownish grey. The muzzle is rounded, and the tongue black.  It has two short, fixed fangs in the front of the mouth, which channel venom into the prey. The large eyes have golden irises and round pupils.

When confronted, the snake lifts up to a third of its body (front part) off the ground and then move forward to attack in this stance. This is then followed by the flare of its iconic hood and emitting a hiss that sounds almost like a growling dog.

A King Cobra hunts by detecting the prey’s chemical sense particles in the air with the stereo-capable forked tongue. These sense particles are transferred to a sensory receptor (Jacobson’s organ) located in the roof of its mouth. After analysis, the cobra can gauge the location of its prey. In addition, the cobra is also capable of receiving stereo earth-borne vibration signals, via the two halves of its unconnected lower jaws.

The king cobra venom is mainly neurotoxic. It is not the most toxic of snake venom but it is very deadly because of the large amount that can be injected. The amount is enough to kill 20 men or a large elephant. . King cobra venom affects the respiratory centers in the brain, causing respiratory arrest and cardiac failure.

After the prey is paralysed, it is swallowed whole, even if it is larger than the cobra’s head. This is because the jaw bones are loosely connected. This ability is known as cranial kinesis.

It hunts mainly in the day, occasionally at night.

Two male cobras wrestle for a nearby queen.

They are the only snakes in the world that build nests for their eggs. The female scrapes up leaves and other debris to form a mound where she lays her eggs. She guards her eggs ferociously until just before the hatchlings emerge. The male is usually nearby. They are known to pair for life.

One of the natural enemies of the King Cobra is the mongoose.

Read this post https://besgroup.org/2022/09/02/king-cobra-with-hood-unseen/  that shows a King Cobra not in warning display. 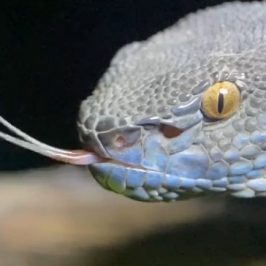 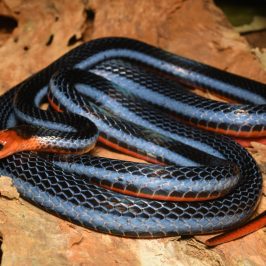 Ptyas carinata (formerly known as Zaocys carinata), the keeled rat snake, is a colubrid. Read this... 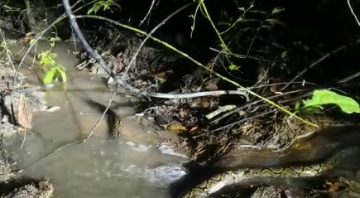