A few of us observed a pair of Plain Sunbird Anthreptes simplex nesting today (19th May 2022) at the fringe of a forest reserve in Ipoh, Perak. There are limited reports of nesting of this species and this is a preliminary report on this nesting episode.

The nest was located approximately 11-12 meters, high up in a tree (species unknown, although the leaves did look like that of the Durio species). A prior nesting report (Wells 2007) described a nest suspended 3.5 meters up an Acacia mangium tree. This nest was hidden under a thin branch, sheltered by the leaves, on the outer part of the foliage.

The nest is globular and appeared to be made of grass and fibre; it was still green. It is possible that some moss is used. The nest has been described in the past (Cheke & Mann 2001) as untidy, with material sticking out in all directions. But this nest appears quite neat. As previously noted, there is no eave or ‘porch’.

The height made observations difficult. I used my Nikon P900 to get closer videos and longer observations. I have edited a lot of footage to give a few nest visits, so as to provide an idea of the behaviour of the birds. Note that the video shown here is at normal speed.

Could the birds have been feeding nectar that we could not see?

Perhaps Plain Sunbirds do not nest near Kerengga ants and the parents were showing distress behaviour due to the ants’ presence (? attacking juveniles).

We hope further observation will make this unusual behaviour clearer.

>C.J. Hopwood’s description of his Myanmar nest says that it did have an eave,

>but identification of the nest occupant (shot) may not have been correct.
>Also, from its low position I wonder if what appears to be a hole is actually a true nest entrance?

>Perhaps an interlude in building, or it might have been disturbed?

Thank you for the kind and quick response.

I had read your write up on Hopwood’s description.

One colleague’s video showed one episode where it is possible an adult is picking off an ant.

Amar gave an update on these nesting Plain Sunbird Anthreptes simplex on 22nd May 2022:

A visit on 20th May 2022 by Poon Kuan Yaow and Cheaw Hon Ming who originally saw the nest with me showed that there was no more adult activity.

Another visit on 21st May 2022 by Chiu Sein Chiong also reported no nest activity.

Either the chicks have fledged, which is unlikely given the green nature of the nest,or more likely the nest has been abandoned due to the red ants. 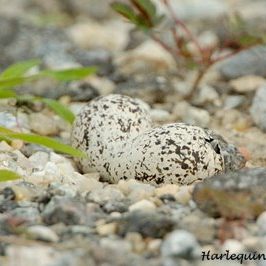 Philip Tang has been stalking the elusive Malaysian Plover (Charadrius peronii) for the second year...