Asplenium bulbiferum is also known as the Hen & chicken fern. It is a native ground fern of New Zealand and is also known as Manamana or pikopiko. The large feathery fronds are bi- to tripinnate, green and very eye-catching. The plants can achieve a height of 1.2 m.

Plantlets (chickens) arise from the upper sides of mature fronds (hens) and grow into individual plants when the mature fronds dip to the ground. These little plantlets arise from bulbils on the leaves. The ferns also reproduce through spores formed on the underside of fronds.

The young curled fronds, also known as fiddleheads, of Manamana are known as pikopiko. They are a delicacy used in traditional Maori dishes. 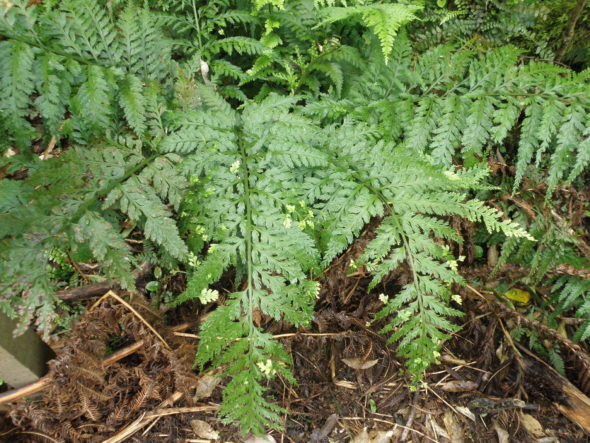 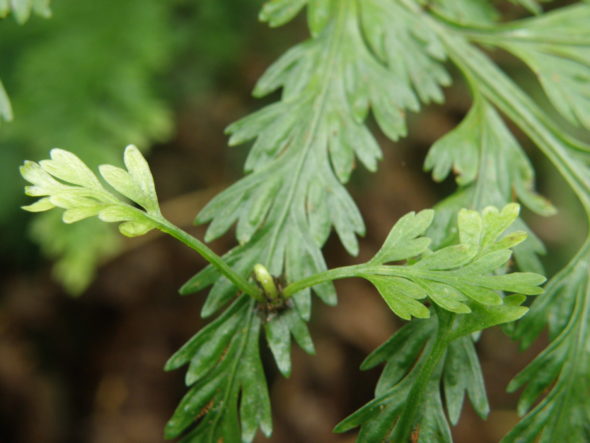 Photo 2. A plantlet growing from a bulbil on the upper surface of a frond. 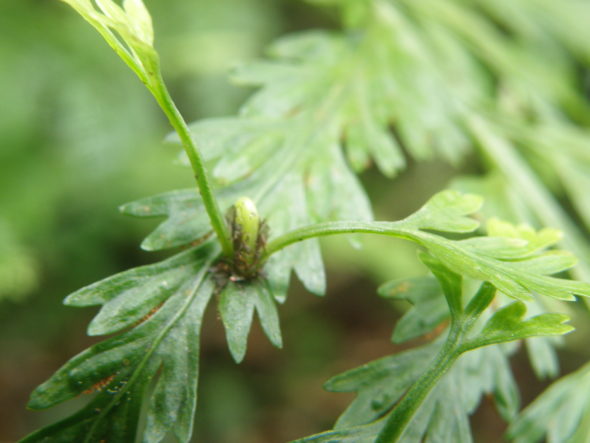 Photo 3. A closer view of the plantlet.

All photographs taken by Wong Kais at Zealandia, Wellington on 5 November 2014.