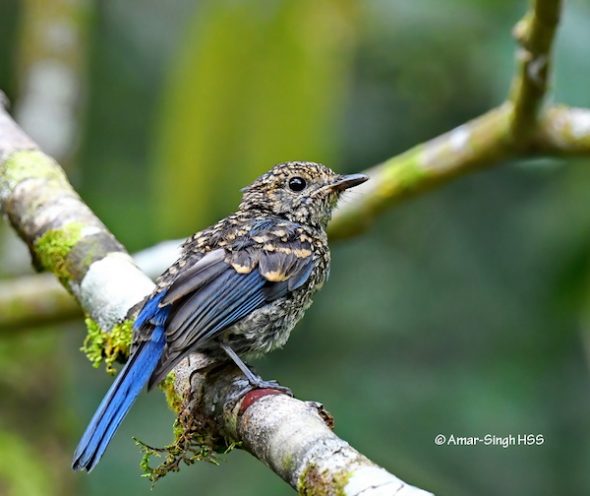 I was walking a trail today when I spotted this juvenile actively self-feeding. No adults were in attendance and no calls were heard. The bird was feeding largely by aerial-sallying from perches and snatching caterpillars and insects from the tree foliage. Prey was extensively branch-swiped before being eaten and the bird would land on a different perch after catching prey. Prey was taken every 3-4 minutes. 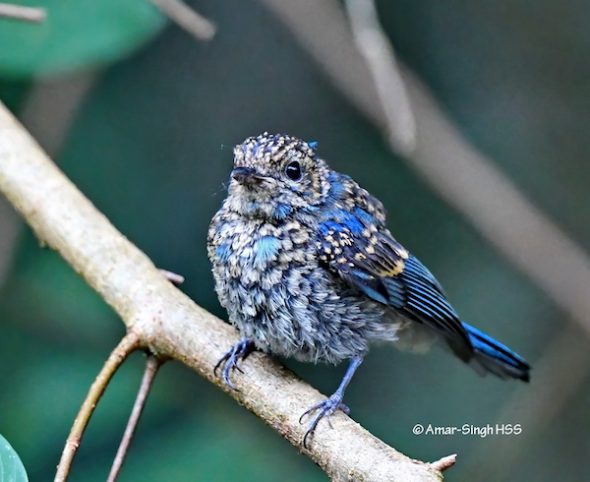 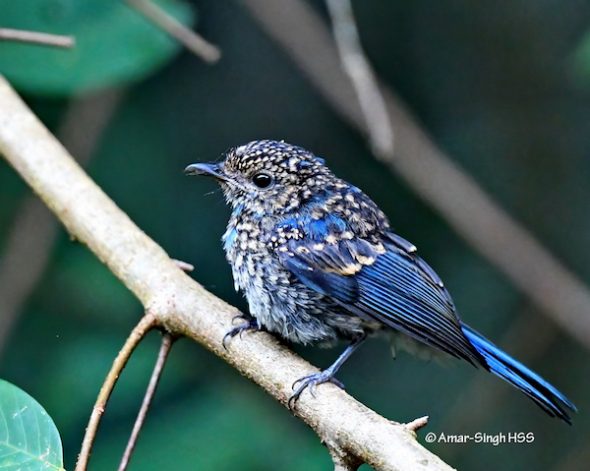 The only flycatcher that fits well is the Pale Blue Flycatcher (Cyornis unicolor cyanopolia) juvenile male. Wells (2007) notes that in juveniles there is a narrow buff eye ring, and this can be seen in some views, especially in lower light. Note that the moulting into adulthood is not uniform on both sides of the body. 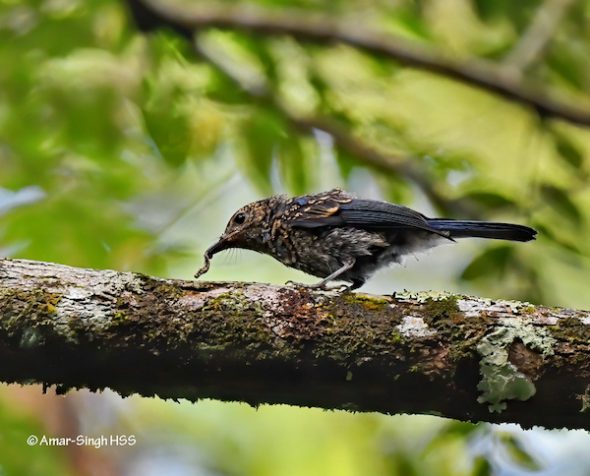 OBI quotes Mlíkovský (2011) on nomenclature of Cyornis flycatchers to use C. u. cyanopolia – “subspecific name cyanopolia replaces harterti and infuscatus for the birds of the Malay Peninsula, Sumatra, Java and Borneo”. HBW (2020) uses C. u. harterti.

I would appreciate any opinions about the Identification. 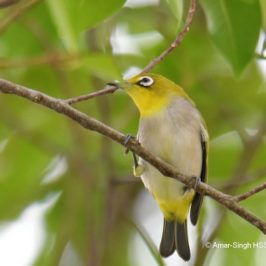 I overlooked these White-eyes that I saw but had a closer look and would appreciate... 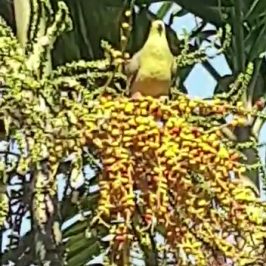 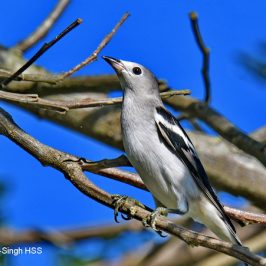 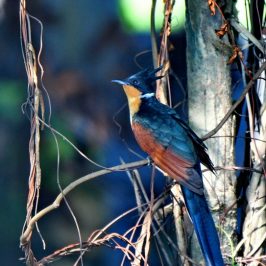 Had only a brief opportunity to walk about today and spotted two migratory cuckoos. The... 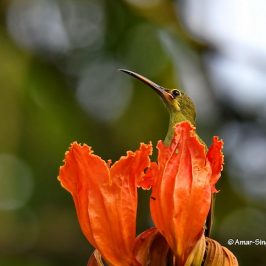