I saw another food item for the Asian Brown Flycatcher (Muscicapa dauurica) yesterday (21st February 2022) and I am attempting to update my personal observations on the diet of these birds while on migration to my region.

Yesterday I saw an Asian Brown Flycatcher take a dragonfly (see image). This was unexpected for me as they usually take smaller insects. The dragonfly was branch swiped a few times before being swallowed whole. The dragonfly had bright orange and dark brown wing markings making an identification possible; this is the Rhyothemis phyllis, known as the Yellow-Striped Flutterer or Yellow-Barred Flutterer. It is described as a small to medium-sized dragonfly. 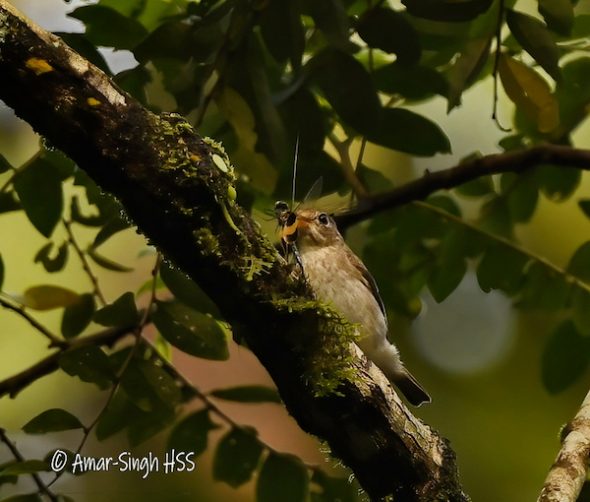 In the past I have observed the Asian Brown Flycatchers feed on:

Fruit I have seen taken include:

The Asian Brown Flycatcher is often very territorial in guarding its feeding locations and fruiting trees. 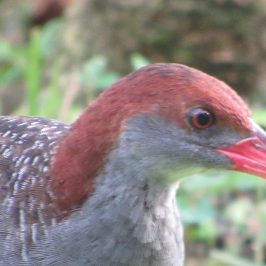 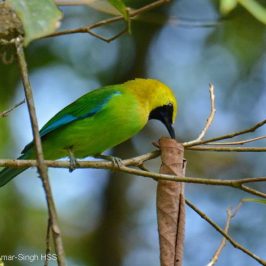 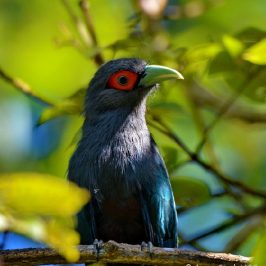 “The Chestnut-bellied Malkoha (Phaenicophaeus sumatranus) is always friendly and accommodating, allowing close approaches (above, below).... 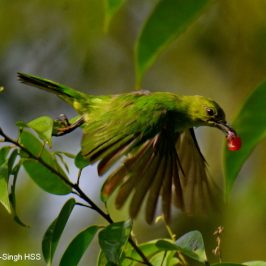