Recently I was trimming the small branches of my Jack Fruit tree (Artocarpus heterophyllus) in an effort to control the size of its crown. This opened up the crown and only then did I notice a black oval clump, looking like a small rugby ball. It was wrapped round a slender branch. On closer look, I realised that it was a clump of bees. It was fortunate that I did not physically disturb the bees, otherwise I would have been stung. 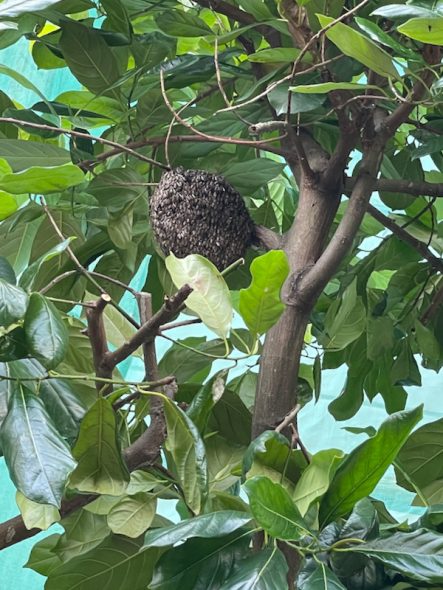 It took me awhile to recollect that I did encounter these Dwarf Honey Bees (Apis andreniformi) some years ago in one of my trees HERE and much later in a wayside tree outside my house HERE. As these encounters were some years ago and I had been off managing the BESG website for some time, there was a need to refresh my memory on these bees. It was then that I appreciated the value of the BESG archive.

These bees regularly visit my Bush Grape (Cayratia mollissima) to collect nectar and in the process pollinate the flowers HERE. 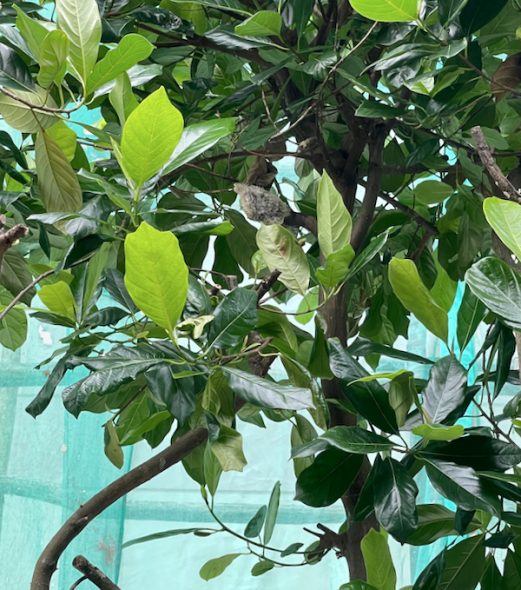 Exposed honeycomb after the bees left due to heavy rain.

Trimming the branches exposed the bees directly to the elements. When it rained the bees had to work harder to deflect the raindrops from the honeycomb. For the next few weeks the bees were still around until one day extra heavy rain forced them to abandon the honeycomb. I collected the abandoned honeycomb, left it to dry and soon the larvae crawled out and also dried out. The single inner honeycomb can be seen here in an earlier encounter when the bees absconded HERE. 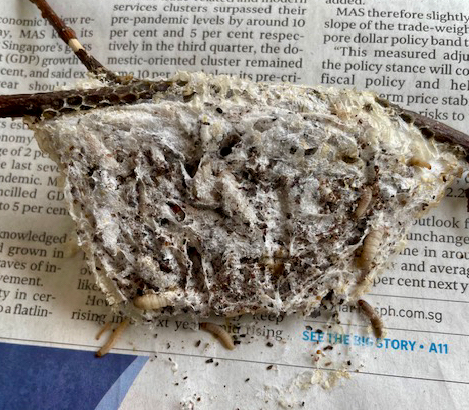 The exposed honeycomb removed from the tree. Bees larvae moving out from the abandoned honeycomb, some turning into pupae, 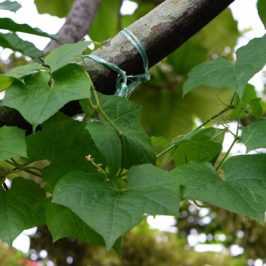