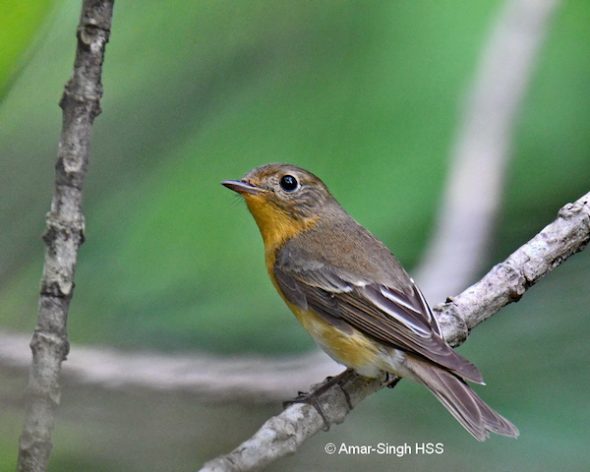 Four images of the two females Mugimaki Flycatcher (Ficedula mugimaki) I saw are shown in this post. I had many views and images of them to see the various details. They were generally paler than the first winter males and this was very obvious in the field. They lacked white at the outer base of the tail and had no clear pale supercilium. I think both of them were also first winter females using guidance from Wells 2007 who says that first winter birds “have pointed rather than, in adults, blunt tail-feather tips”. This can also be seen in the first winter males I posted yesterday. 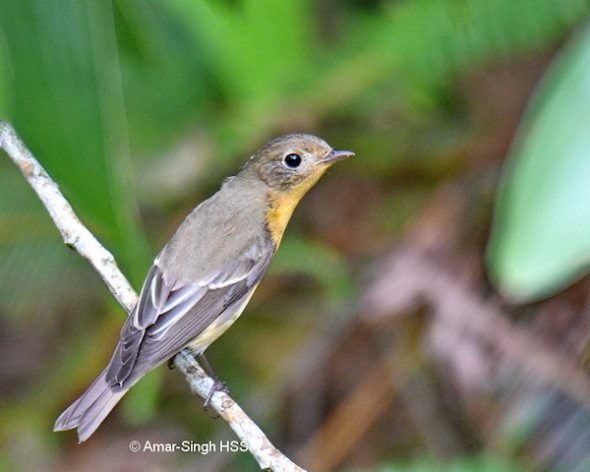 Much of the feeding by all 5 birds was aerial sallies for flying insects; they will usually land at a different site from where they took off. I also saw them plucking insects from the under surface of leaves. In the past I have seen them land and pick insects off seeding bamboo. Regarding frugivory, in the past I have seen them feed on fruit Macaranga bancana and other unrecognised fruit. On this occasion I saw them feeding on the black seeds and orange stalks (arils) of the Acacia mangium trees (see this post for images of the fruit/arils and seed: 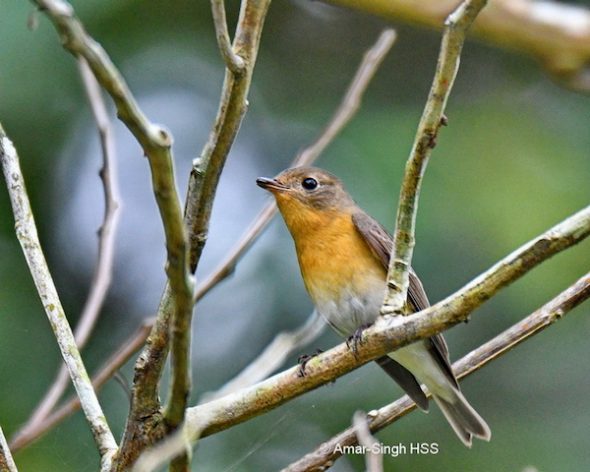 The image above shows a bird with an Acacia mangium seed in the beak. On two occasions I saw them struggling with the seeds and they had to regurgitated them out before swallowing them back (lots of throat movements). The technique used to feed on the Acacia mangium is a sallying out to an open pod and a fly-by lunge to grab the fruit; then a ‘drop’ to a branch to feed. 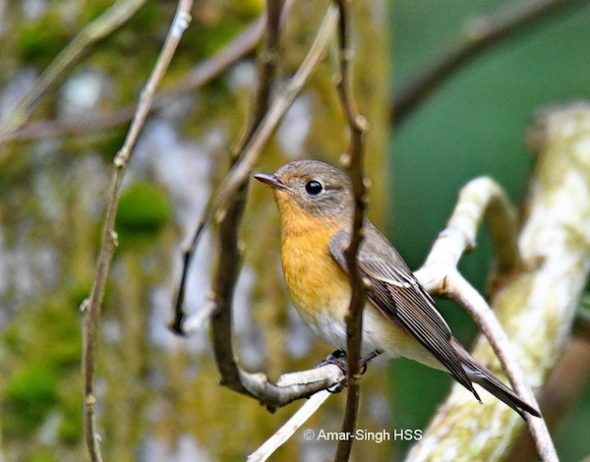 I saw 5 Mugimaki Flycatchers (Ficedula mugimaki) at the same location today. Three were first winter males and the other two females (no adult males). They were feeding on insects and fruit. One bird (first winter male) joined a mixed foraging party (bird wave) comprising Everett’s White-eyes, Ruby-cheeked Sunbirds, other Sunbirds and Flowerpeckers and Bulbuls.

As it was a dark morning I waited at the fringe of the forest reserve, opposite a rushing stream facing primary jungle for better light. It took 1.5 hours for the Mugimaki Flycatchers to get accustomed to my presence and come nearer. 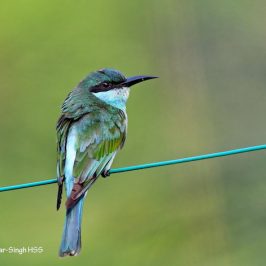 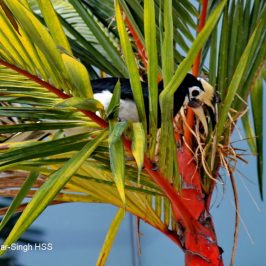 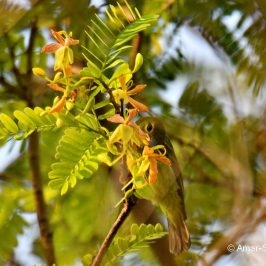