“I wonder if anyone can help me with these “Quacking Calls” that I heard in the primary jungle. I have heard them occasionally over the many years I have watched birds but have yet to see a bird. The calls are made both as a single “quack” as well as run of them (4-5 notes in a bunch). The ‘bird’ (or creature) calls in the early mornings (7.30-9am) and will carry on for quite a while.

These were recorded on 3rd January 2019 at the Kledang-Sayong Forest Reserve, Ipoh, Perak, Malaysia (below).

There appeared to be movement in the vegetation on the slope in front of me where the calls came from but no visibility due to the dense growth.

The sounds moved about, indicating a creature on the ground.

This was adjacent to a rushing stream (sounds of the stream edited out).

A colleague suggested a Crake but none seem to fit.

I also considered non-bird creatures making the calls like the: 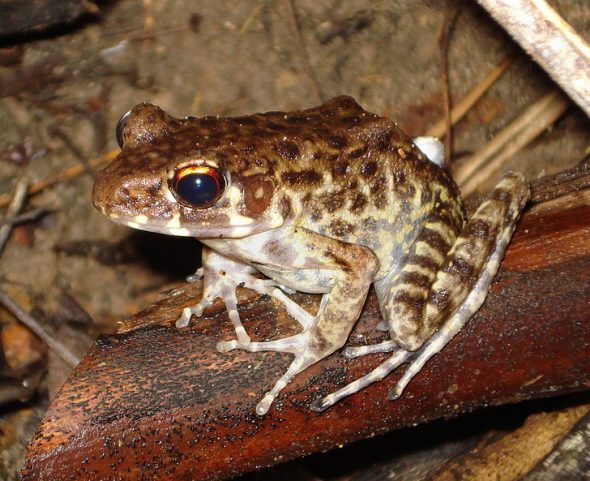 Interesting. I have also heard this quacking call many times mostly in swampy areas and ponds at forest edges. Have even heard it in one swampy area at putrajaya wetlands and more recently in vegetated fish ponds next to forest near my area.

The call is very unique as it’s not very frog like but may sound like an animal, as you suggested, and I agree! At the ex-fish ponds near my area, standing at the pond edges, the calls can be quite deafening! especially in late evening although they call throughout the day…the call when heard close up sounds more liike “kuong, kuong” rather than a mere quacking :-). The series of 4-5 calls are the deafening ones heard up close, and can be intimidating for people not accustomed to forest calls and noises!

This is apparently Rough-sided Frog Hylarana glandulosa. Found the call in Ecology Asia website under its other Frogs & calls section HERE. There are other frog calls in this section as well, useful for future references. It’s quite difficult to find frog calls refs in Malaysia even by our local experts, so this website is very helpful!

Hope this helps in your quacking mystery. I should record frog calls also for ID, even though my bird calls ID is quite good. 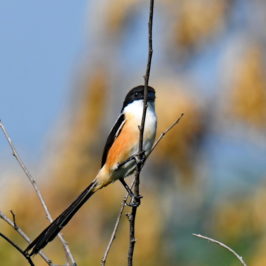