I became aware of pectinate claws in birds after close observation of the Large-tailed Nightjar (Caprimulgus macrurus bimaculatus) that lives in our home. The most comprehensive account is by Clayton 2010 (Clayton, et al. “How Birds Combat Ectoparasites.”  The Open Ornithology Journal 3: 41–71). The article describes that a review of 118 bird families found that only 17 possessed pectinate claws; these included some species of nightjars, owls, pratincoles, terns, grebes, herons, egrets, bitterns and cormorants. Clayton 2010 also notes that there is within-species variation of pectinate claws and some individuals have the claw, while others lack it. 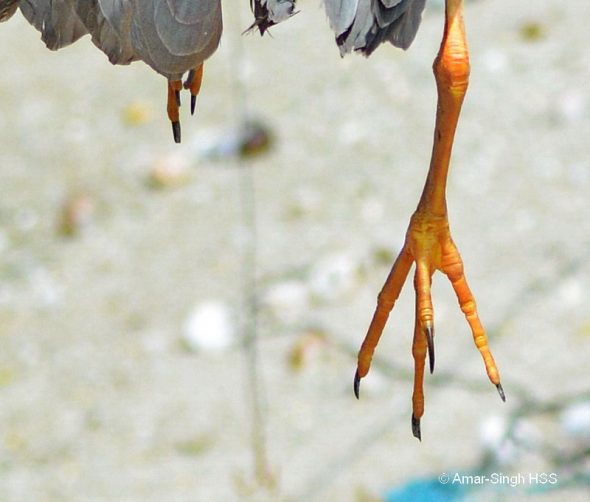 I have been on the lookout for the feature in many birds but they are not easy to image. I also spotted it in the Black-crowned Night Heron (Nycticorax nycticorax). Herons have four toes; three are directed forwards and one backwards. The comb-like (pectinate) claw is usually located in the middle claw of forward-directed toes. There has been much speculation as to its function and an assumption has been made by many that it is used in bird feather maintenance (preening) or ectoparasite control. But there is no evidence of this role as yet (some evidence to the contrary by Clayton 2010). My prolonged observation of the Large-tailed Nightjar also does not support these roles of this specialised claw. 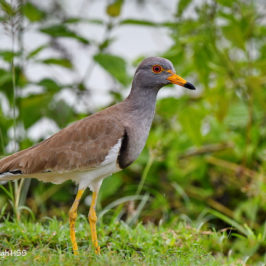 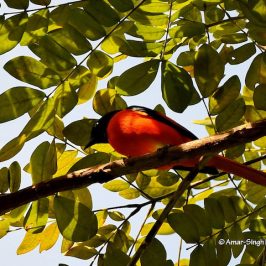