“It is interesting to note how little is documented about the Baya Weaver (Ploceus philippinus infortunatus) calls locally. Possibly because they are considered common birds and hence less observed. Wells (2007) notes two types of calls – a harsh ‘chit’ contact call and a rattling song given by males when females approach the nest building described as ‘chit chit chit chit cah-zeeeza’.

“My observations suggest that they have a varied song structure with much complexity and admixture of notes. They are especially vocal around the breeding period with males making loud songs and calls as they approach the nest and when interacting with other males competitively. As they nest communally many calls and songs overlap and one male singing will usually trigger others in response in the absence of females. “The sonogram and waveform above shows the sonogram and waveform of a ‘classical’ male song. It start off with numerous fast ‘chits’ (10-20 from my recordings) followed by a buzz and then a drawn out decrescendo wheezy whistle and may end with some chirps (see also HBW 2019, Ali S & Ripley SD 1999). There is much variation to this. Note that in the sonogram that there is a horizontal pale bar – this is due to a hum noise from machinery and should be ignored. 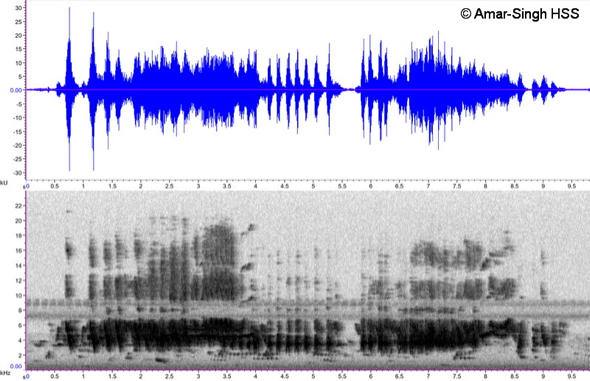 “Above shows another sonogram and waveform which comprises a segment where calls and songs are intermixed with more than one bird involved. These call recordings, taken today, were in early nest building with predominantly males in the area. A call recording can be heard HERE. Note that there are other birds in the back ground (Tailorbird, Fantail, Kingfisher). 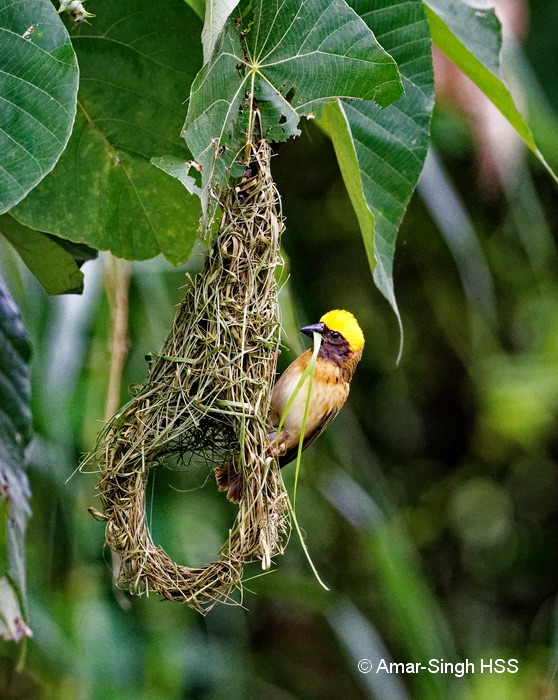 “Images at the top and above show some of the nest in construction.” 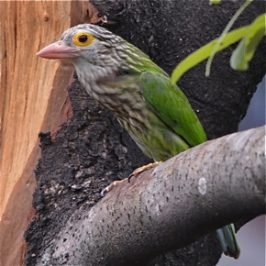 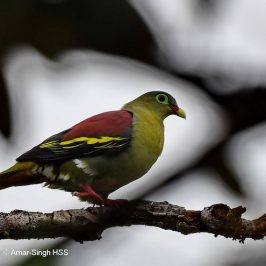 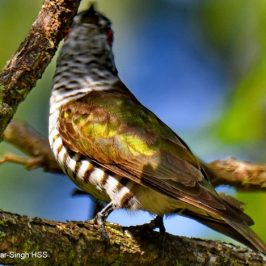