This slow loris, a venomous primate, was spotted on 15 October 2021 in a Singapore nature reserve.  As the creature is critically endangered, BESGroup is withholding the location where this was filmed.

Nyctecebus coucang is a nocturnal omnivore. It feeds on insects, lizards, small birds, bird eggs, small mammals and shoots and nectar. It is also known to feed on gums and saps of trees by licking the liquids as they flow out of tree wounds. The dark band that runs down its back, the identifying feature of this species was not obvious in the video.  Its short, thick and dense fur accompanied by its slow tentative movement hints at its identity.  The frontal view of its face and the two large eyes gives the game away.

The animal is under threat around the region due to destruction of its forest habitat and poaching.  The animal is in demand as pets because of their innocent and appealing appearance. However, the animals can be subjected to great cruelty in order to subdue them as their bites are venomous.  Read this account  about a slow loris that was abandoned and was probably kept illegally as a pet. 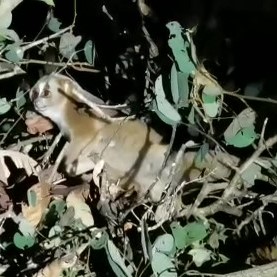 1. Biodiversity of Singapore: An encyclopedia of the Natural Environment and Sustainable Development © 2011 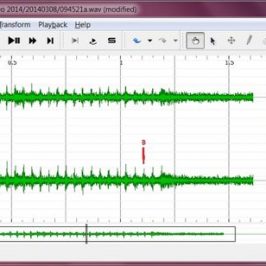 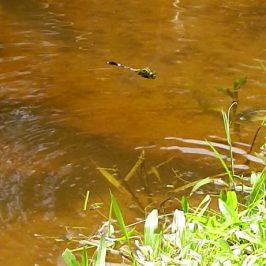