A local veterinarian friend contacted me for some advice on a Cattle Egret (Bubulcus ibis coromundus) that was brought in with a broken wing (fractured femur). I took the opportunity to further my interest in the pectinate claws of birds. Watching or imaging a pectinate claw/toe in the wild is quite difficult and I have only imaged three species so far, including the Large-tailed Nightjar who has been resident in our home garden for 2 years. There are differing opinions as to the function of the pectinate claws in birds. Gill (2007) states: “Herons, nightjars, and barn owls have miniature combs on their middle toe claws that are used in grooming”. McKilligan (2005) says in describing herons, egrets and bitterns “A characteristic of the heron family is the serrated edge of the claw of each third (middle) toe. This claw is described a ‘pectinate’ and is used as a comb by the bird in feather maintenance”. Many other sites and literature repeat this opinion and that pectinate claw combs out ectoparasites. Some also point out variation is size and shape of the pectinate claws among different birds. 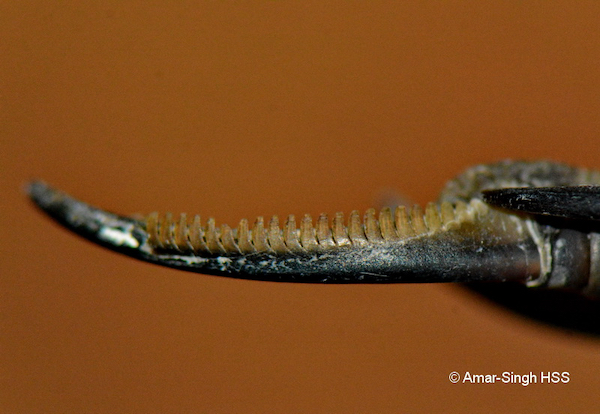 The most comprehensive work is by Clayton et al (2010). They describe a review of 118 bird families and found that only 17 possessed pectinate claws; these included herons, nightjars, owls, frigatebirds, terns, grebes, and cormorants. They state that “The efficiency of scratching for ectoparasite control may be enhanced by the presence of a comb-like pectinate claw on the middle toes of some birds”. “The removal of ectoparasites is most widely believed to be the function of pectinate claws, but alternative hypotheses include roles in feeding, removing powder down, or straightening rictal bristles of the face”.

My personal observations of birds grooming have not revealed any bird actually using the pectinate claws for parasite removal or for actual “combing” of the feathers but this activity is not easy to document. 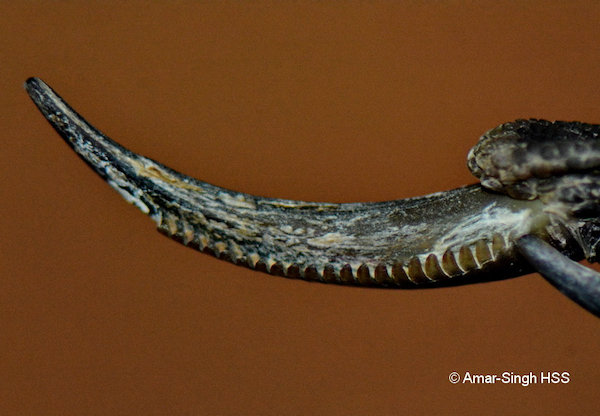 Our home-resident Large-tailed Nightjar’s preening episodes have been extensively watched with video recording and not revealed any such behaviour. Most times the claw is used for scratching and the beak for preening. 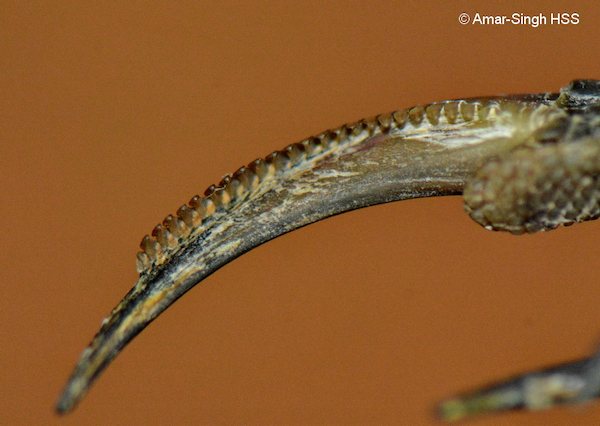 The pectinate claws on the Cattle Egret that I observed up close were located on the middle toes. They are not easy to see in some directions and look different from different perspectives. The images show the pectinate claws from different angles and lighting. Claws are small and I used a macro lens for imaging. The serrated edge component is situated on the proximal part of the middle claw/toe. The claws are both 18 mm in length and the serrated edge component occupies 14 mm. The serrations vary in height but are ~1.3 mm (largest) and curved inwards. 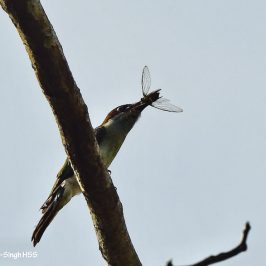 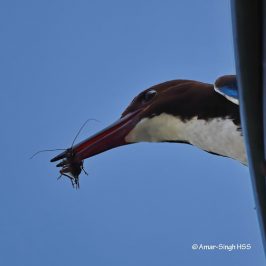