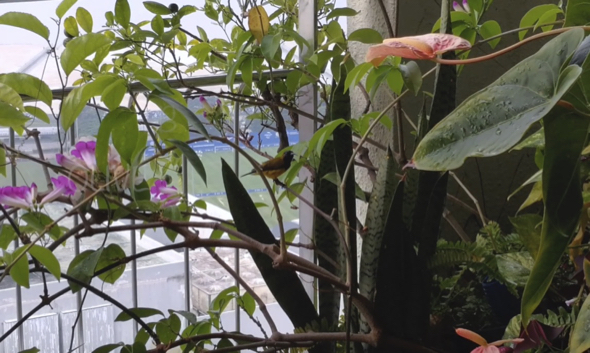 Jui Ng resides in an apartment sited on the hill top in Johor Bahru, Johor, Malaysia. His unit is on the 26th floor of the apartment building. At times the apartment experiences strong winds that disrupted his furniture. 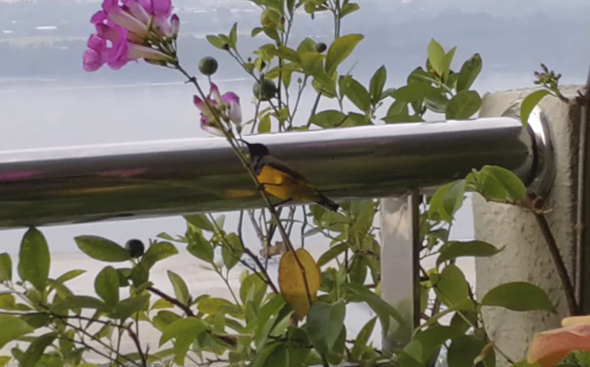 Despite the height and strong winds, his potted plants on his veranda were regularly visited by a pair of Olive-backed Sunbirds. So far he was successful in documenting the male sunbird (above). The female sunbird was too shy to be photographed. These sunbirds were especially attracted by the brilliant lavender flowers of the Garlic Vine (Mansoa hymenaea) (above). This plant gets its name from the distinct garlic smell when the leaves are crushed.

The sunbirds rob the flower nectar, indulge in leaf baths (below) especially after the plants were given a spray of water, after which they preened their feathers (see video above). 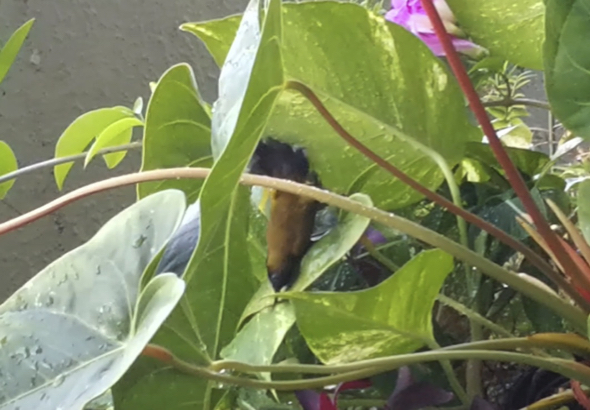 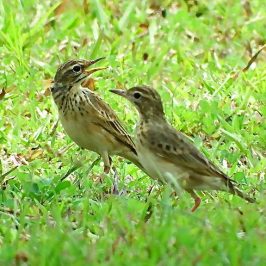