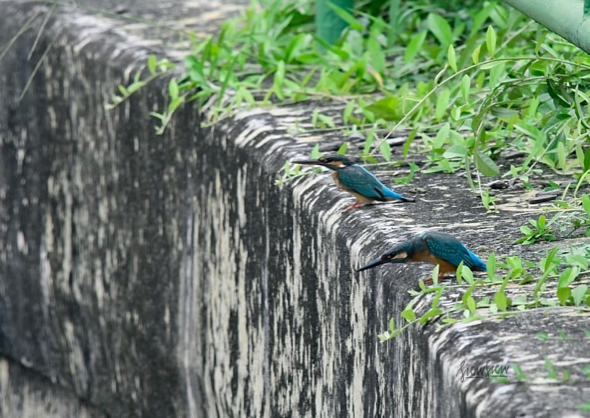 “A dream come true to see two Common Kingfishers (Alcedo atthis) together,” wrote Ang Siew Siew. “They seemed to take turns to bob their heads up and down. Or were they simply playing a game of copycat? For two hours, they repeated the same bobbing actions, switching positions at times. The water level in the canal was quite high and I did not see a single dive. Why did they behave that way?”

The pair of kingfishers, a male and a female, were indulging in a courtship ritual, see HERE.

Apparently there was another Collared Kingfisher (Todiramphus chloris) couple and a lone White-throated Kingfisher (Halcyon smyrnensis) along the same stretch of the canal. 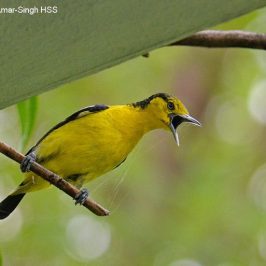