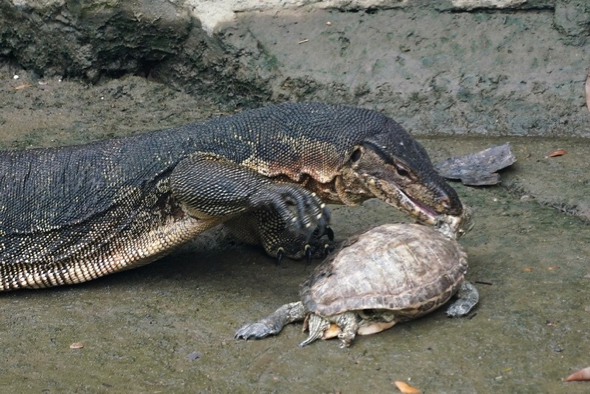 Jkai Chan’s images of the Malayan Water Monitor (Varanus salvator) feeding on a turtle at Pandan River documents another food record for this lizard. Kelvin KP Lim of the Lee Kong Chian Natural History Museum identified it as a possible large red-eared slider (Trachemys scripta elegans), the type commonly sold as pets in aquarium shops. This is an introduced species. 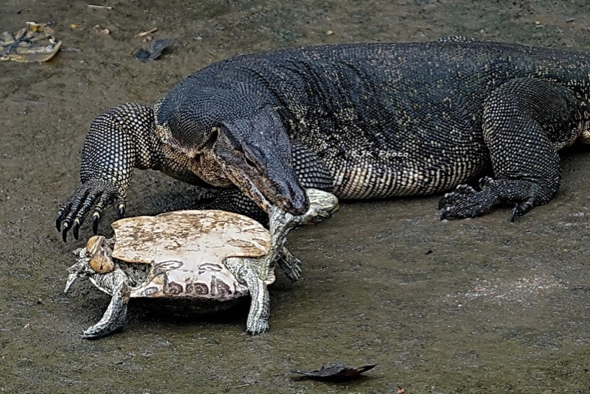 This add on to the many food this lizard takes, that include Bighead Carp (Hypophthalmichthys nobilis), terrapin, snake, bird and rodent. Originally seen only in rural canals, it is now found in large numbers in the Sungei Buloh Wetland Reserve LINK where they are a threat to nesting shorebirds LINK. 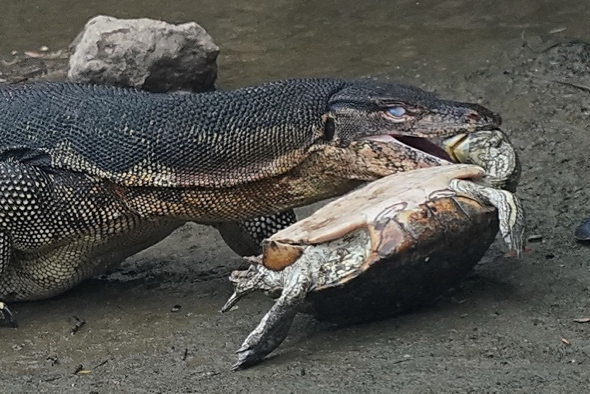 So far, only stray dogs have been known to attack them LINK. With no known predator, the population of the Malayan Water Monitor in Singapore is bound to increase. Will they become a nuisance in future? Only time will tell… 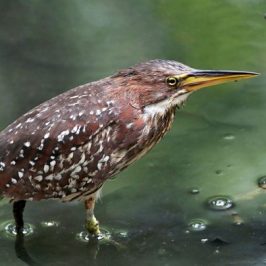