Skip to Main Content
I am saddened by the passing of Subaraj Rajathurai on 22nd October 2019 at the age of 56. I came to know of him about two decades ago when I was Hon. Secretary of the Malayan Nature Society (Singapore Branch) and he was an active member of the Bird Group. When I led the newly formed Nature Society (Singapore) in 1990, we worked closely together to save a large chunk of the Lower Peirce forest from being turned into another golf course.

Self-taught naturalist
He was a self-taught naturalist, being able to identify most of the resident birds as well as the migratory species that visit during the northern winter. Not only could he identify a bird from afar, he was also one of the very few that can identify birds by their calls. This naturally gave him an advantage during the annual Bird Race where he was actively involved in during the initial years. Participants of the race were supposed to identify all the bird species encountered during a 24-hour period. Indeed, in many races his team was top scorer, so much so that subsequently the rules were changed to ban the use of calls in the identification of birds.

Subaraj’s personal bird race
In the 2012 race, his team was barred from participating due to late registration. Subaraj had a medical condition then and his wife Shamla was against him joining… but relented when his two sons protested. Initially his application was accepted when Shamla phoned the society’s office but when the written request was received by the organisers rejected his application. Determined not to disappoint his sons, Subaraj went on a “personal bird race,” parallel with that of the official race LINK. His unofficial team scored 141 species spotted as compared to 120 species spotted by the official Bird Group winning team. Naturally Subaraj team’s score was not recognised – but it gave him great satisfaction in beating the official winner.

Subaraj interest in nature went beyond birds
His interest in nature was not confined to birds alone. He was an all-rounder and served as a resource person on other faunal groups like termites; dragonflies; butterflies; spiders; skinks; lizards; toads; snakes; rats; flying foxes; fruit bat; flying lemurs; mousedeer, etc.

While birdwatchers only notice birds in the field, Subaraj never failed to notice other life forms
At the Jelutong Tower in Sime Forest to observe birds in October 2005, he was fascinated by the Common Tree Nymphs (Idea stolli), a whitish butterfly with numerous white spots “floating around like a white tissue paper with dark spots…” as well as seven other butterfly species, in addition to spotting many birds LINK. 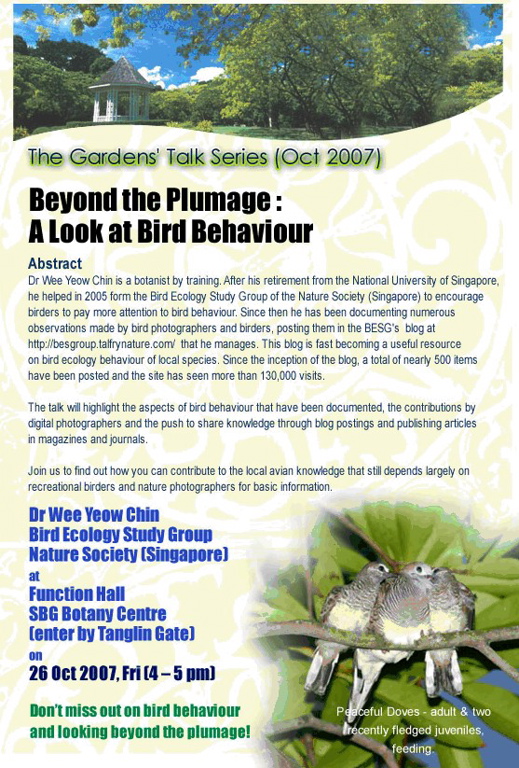 Seeing beyond the plumage
Subaraj had the ability to see beyond the plumage of birds. Yes, you need to know the plumage to be able to identify the species. But after identifying the bird, instead of moving to look for another, he stayed to study its behaviour. When he came across a Javan Myna (Acridotheres javanicus) with whitish feathers, he recognised it as being leucistic. Being different in colour from the normal species, it is usually ignored. In this case the leucistic bird was accepted by the normal mynas LINK. And when he heard a Grey Nightjar (Caprimulgus indicus) calling, he concluded that it must be a winter visitor to Singapore, not a passage migrant LINK. After all, a winter visitor needed to create a territory for itself… not so a passage migrant.

While other birdwatchers were watching birds, Subaraj was studying them
In an effort to encourage birdwatchers to study birds and their behaviour, a handful including Subaraj, got together in 2005 to form the Bird Ecology Study Group (BESG) LINK. He remained an ardent supporter and regularly contributed his observations on bird behaviour to the BESG website.

Subaraj and anting
In 1988, a young student by the name of Kevin KP Lim noticed a Javan Myna (Acridotheres javanicus) placing ants on its plumage and jumping around as the ants moved through its feathers. No local birdwatchers could provide an explanation for such a behaviour then. However, with the formation of BESG in 2005, Subaraj related the incident. This led to subsequent Google search that provided the answer. The myna was anting, using ants to rid its feathers of ectoparasites LINK. Had it not for Subaraj’s memory for such unusual behaviour, the incident would have been forgotten.

An astute observer
Whenever the large fig tree at the summit of Bukit Timah was in fruits, hordes of birdwatchers gathered to list the different species feeding on the figs LINK. Subaraj was the first to suggest that observers should also take note on whether the birds swallowed or bit at the figs; time of arrival of the different species; whether they arrived alone, in small groups or in flocks; the interactions between the species; whether there were pecking orders among and between species, etc.

A hard-core conservationist
Subaraj was a conservationist at heart, opposing many proposals to clear habitats, etc. In 1992, when Government proposed to excise a large tract of protected secondary forest at Lower Peirce for a golf course, Subaraj was naturally at the forefront protesting the move LINK. He was among the many who came forward to compile lists of flora and fauna that were found in the area to make up the environment impact assessment report. The report was distributed to policy makers and to generate public awareness. The government eventually abandoned the proposal. To date, this was one of two major successes of the Nature Society (Singapore), the other was to successfully persuade government to set aside a piece of degraded mangrove into what is now the Sungei Buloh Wetland Reserve.

Subaraj and Sungei Buloh
When Richard Hale came across Sungei Buloh and its swarming migratory birds, he approached a handful of birdwatchers that included Subaraj to compile a report. With the report, Richard worked behind the scene to eventually get government’s agreement to set an area as a bird sanctuary. When subsequent claims by certain birdwatchers for credit in “Saving Sungei Buloh” LINK Subaraj was quick to put the record straight LINK and LINK.

Subaraj’s “Field Checklist of the Birds of Singapore”
Since long ago, Subaraj maintained a personal “Field Checklist of the Birds of Singapore” LINK. This checklist differed from the official checklist maintained by the Bird Group of the Nature Society (Singapore). Why, you may ask? To be included in the official checklist, the bird needed to be seen by experienced senior members of the group. Subaraj was a senior member when the group was formed. In fact, he was the “Official Recorder” of the group. However, when he got married and went on his honeymoon, he was replaced by another during his absence. So he was not a member of the “in group”. And as far back as 1998, Subaraj’s checklist included the Asian Emerald Cuckoo (Chrysococcyx maculates). But this was not recognised until 2008 when a decision was made to include this cuckoo into the official list. This came two years after photographer-birder

The publications of Subaraj
Subaraj published extensively in popular as well as scientific journals, a selection of which is given below. 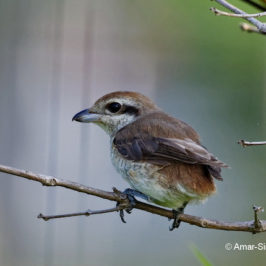 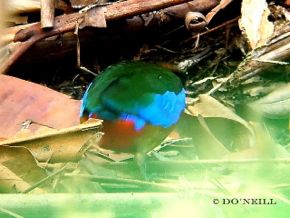 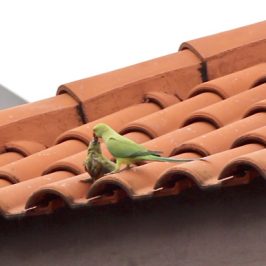