In July 2019 a pair of Masked Lapwings (Vanellus miles) was found nesting on the rough ground at Marina East. The female had just laid two egg (see video clip below by Kumchun Chan).

According to Andy Chew: “The eggs of the Masked Lapwings are still there on 16th July but the sand bars on both sides are getting narrower by the day. Incubation period is between 28 to 30 days. This should be the third week. Hopefully by next week, the eggs will hatch before the excavators come scooping the nest off the sands.

“I think the construction is for the Keppel Marina East Desalination Plant to be completed by end of 2020. Two weeks ago I informed a site manager about the nest. He took some photos and said he will inform the management about it. Yesterday I met another birder, Herman Phua, who wrote to a NParks staff in charge of Marina East Drive area and if I heard correctly, the staff said something to the extent that the site can probably hold back the excavation for another week only.

“I will see whether I have time this week to approach one of the site supervisors to see whether they can just hold for another week or two a small segment of the sand bar just so the eggs can hatch. I know the chicks of the Masked Lapwings leave the nest almost immediately so it should not prolong the process.”

“By 20th July, all four eggs had hatched. According to Facebook Bird, Insects n Creatures of Asia members, the construction supervisor called Jurong Bird Park to get the Masked Lapwings out of their site, so that they can continue their work. They try to do it themselves but were attacked by the parents!.

“As the excavation moved nearer to the nesting site the family of lapwings were naturally stressed. One chick invariably got entangled with the net on the ground of the construction site but happily workers came to its aid, setting it free.

The family of lapwings eventually headed towards the nearby golf course green. According to Francis Chia the roadside kerb proved to be an obstacle. “The masked lapwings family has gone back into the golf course green. Obstacle was the roadside kerb where the chicks were unable to go over the pavement into the grassland. Me and two other birders tried to place stones to help the chicks climb up. The parents would come near and try to fence us off. That‘s their nature and natural instinct to protect. Finally the Security Guards from the construction site came and scooped the chicks on the pavement.

“The next obstacle inside the golf course was another set of kerbs. One birder requested the golfer who was on his buggy to help scoop the chicks to the green course to unite with the parents. After all was done, we gave a clap to the golfer. I pat the Security Guard on his shoulder for his kind help too. The chicks and the parents happily went further into the trees.”

This is the type of cooperative action we are proud to report. All for the love of nature – as usual led by BICA members. 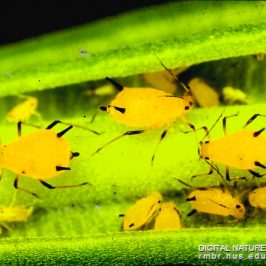 “A new brood of six Red Junglefowl (Gallus gallus) chicks was sighted at the perimeter...