A Changeable Lizard (Calotes versicolor) was found laying about half a dozen eggs in a shallow hole in my garden last year LINK. However, we failed to observe the hatching of the eggs or see the young lizards. This time around, Estela V Acierto collected 11 white eggs when clearing our pumpkin (Cucurbita moschata) patch (above). The oval eggs, measuring about 16 x 12 mm, had soft shells. These eggs were placed in a small container and covered with a thin layer of garden soil to incubate them.

We found 11 slender lizards 13 days later, each measuring about 75 mm from snout to the tip of the tail (above). Unfortunately, we were unable to establish the exact day the eggs hatched. 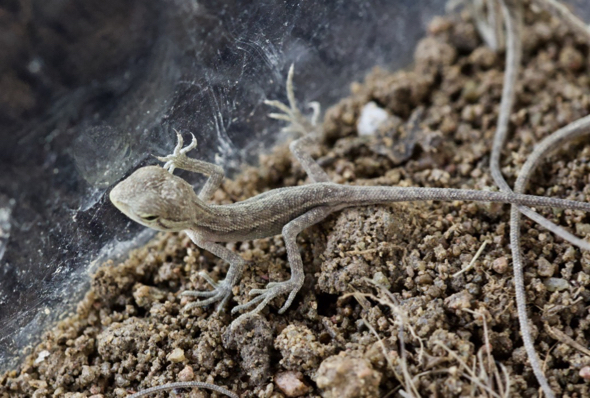 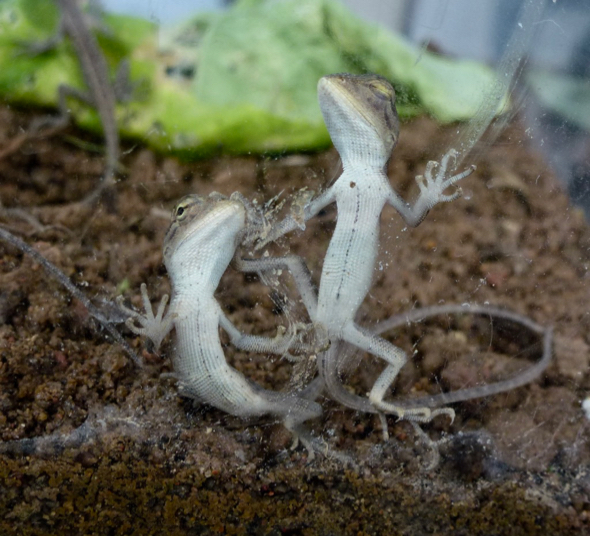 The baby lizards were kept in plastic containers and fed water with a dropper (above, below). They were given small ants and fruit flies. A few of them were seen eating the ants but when the ants moved around them, most either ignored or moved away. A few were also seen catching the fruit flies. 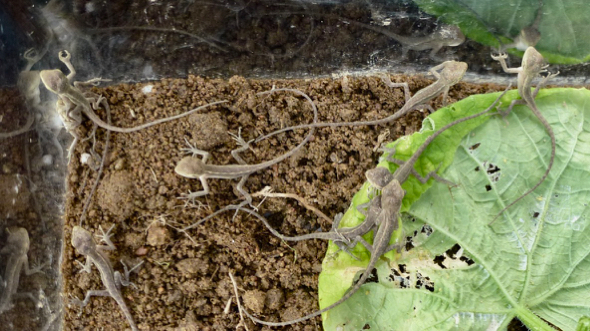 Two mornings later, all of them were found dead (below). We are wondering whether we fed them the wrong food or that we had the cover of the container tightly closed… 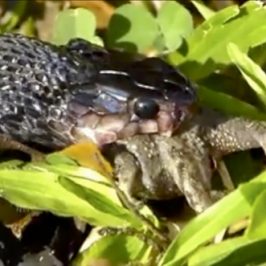