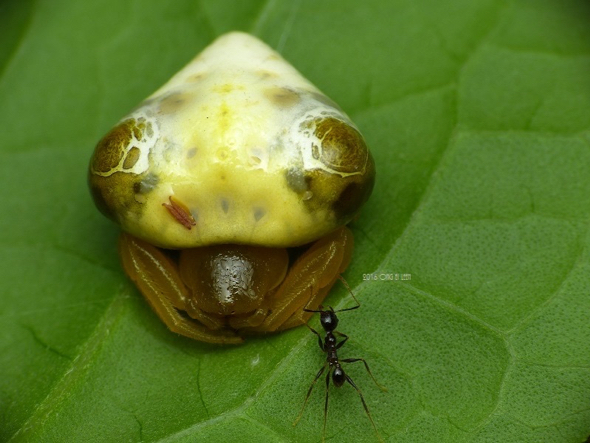 Ong Ei Leen’s video clip of the Bird Dropping Spider (Cyrtarachne sp.) was documented in the Central Catchment Nature Reserve way back in March 2016. According to Ei Leen: “The image resembles bird dropping but interestingly on video the movements within the abdomen mimic fresh bird poop – to deter predators and at the same time attracts prey. The image above shows an ant attracted to the spider.

This tiny pulsating spider has a head that looks like a venomous snake, again to deter predators LINK. Joseph Koh, a published spider researcher, identified the spider as Cyrtarachne inaequalis.

According to Nicky Bay the pigment movement has been recorded in most spiders but we have no idea if its function. Joseph Koh agrees.

Obviously more research/observation needs to be done on this tiny rare spider before we have answers to the many questions asked.

More images and a video can be viewed HERE, courtesy of Lena Chow and HERE. 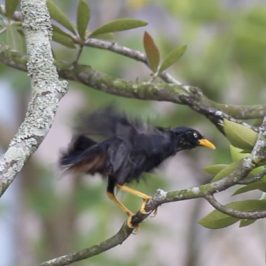