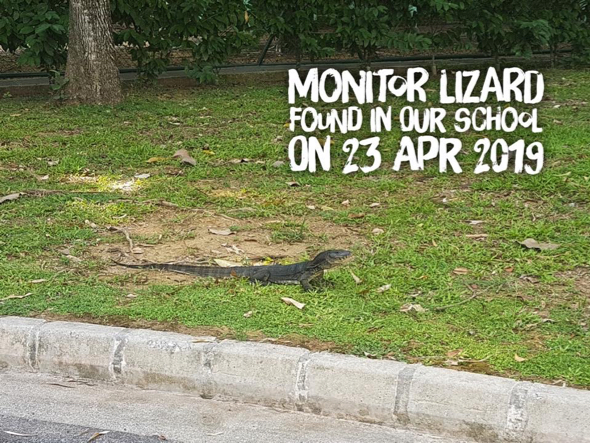 “On 23rd April, a juvenile Malayan Monitor Lizard (Varanus salvator) (~1 metre long) was spotted by a group of Secondary 1 students during their science lesson in our school. It was seen along the driveway in the morning, near the back of the Rainforest and subsequently behind the changing room beside the soccer field. 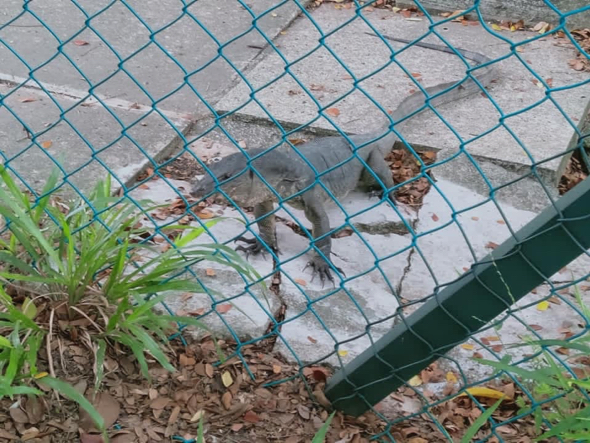 “How cool that was!! “It is important to note that if you encounter a Monitor Lizard in our school, please DO NOT PANIC. Monitor Lizards are generally shy creatures and harmless to humans. They are usually not aggressive unless provoked. Leave it alone. DO NOT HANDLE IT. If possible, take a clear picture/video of your sighting from a safe distance, note the location and time, and send an email to tan.guanrui@commonwealthsec.moe.edu.sg and also report the matter to the General Office. 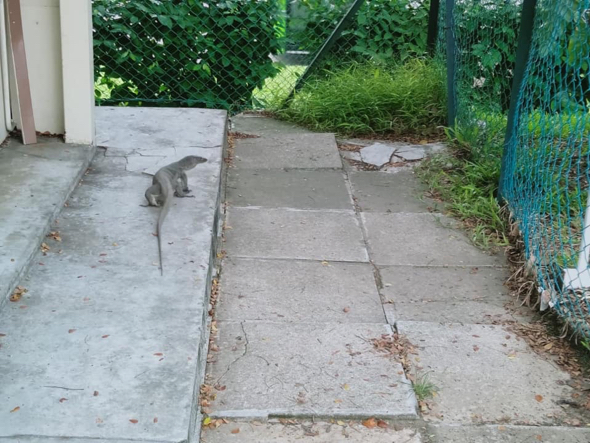 “This Monitor Lizard (Varanus salvator) is commonly seen along the coast of Singapore, and is no stranger to any joggers at Pandan Reservoir.

“They eat anything that they can swallow, including insects, crabs, shells, snakes, fish, and eggs of both birds and crocodiles. They have forked tongue which they stick in and out regularly to “smell” their prey. They can swim well, and can remain underwater for up to half an hour. They are considered as fast runners for their size, because of their powerful leg muscles.

“Rule of thumb: Do not behave in a way that will cause a Monitor Lizard to feel in danger.

“Let’s learn to co-exist together in this safe haven for wildlife.

“An earlier encounter is posted HERE. 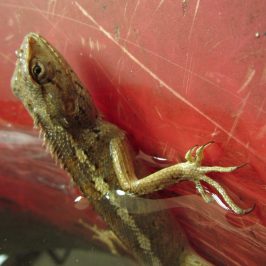