“Dr Lee Van Hien and me were photographing birds at Sungei Buloh Wetland in late March 2019, the tail end of the migratory season for birds travelling along the East Asia Australian Flyway. There were two species of Egrets that caught my attention, especially the Great Egret (Ardea alba) and Little Egret (Egretta garzetta) both with their breeding plumage.

“Dr Lee’s sharp sense of observation allowed him to photograph two Great Egrets standing together, one with breeding plumage and the other without (above). This gave me an idea to make a visual comparison of the two birds, see Table 1.

“The physical differences are quite clearly shown. The major difference is the presence of the Aigrette breeding feathers that grew from the back and extended beyond the tail feathers.

“Unfortunately, this beautiful plumage almost caused the extinction of this species which will be explained later.

“I was fortunate to photograph a Little Egret with breeding plumage on that day (above, below).

“I have also made a comparison of the breeding plumage between the Little Egret and Great Egret, see Table 2 below.

“There were 6 differences; the major one is the absence of nape plumes in the Great Egret.

Beauty has its dark side
“At the turn of the late 19th century and the beginning of the 20th century, it was very fashionable for high society ladies in London and New York to wear exotic hats made from feathers of many bird species. The white willowy plume feathers the Egret species were very popular, especially the Great Egret and Snowy Egret (Egretta thula). This fashion craze caused a demand that fuelled the massive slaughter of numerous Egrets. The bird poaches targeted the Great Egret during the peak of the breeding season when their Aigrette feathers are at their most magnificent. Both the adult male and female Great Egrets were shot and their feathers harvested ruthlessly. This resulted in orphaned chicks that died from starvation and predation by other opportunistic birds. The death of both the healthy adult birds and their chicks was a double blow; greatly impacting the reproductive cycles of this species, reducing the global population to critically low levels.

“The tipping point of this destructive trade happened when two battling Boston ladies, Harriet Hemenway and her cousin, Minna Hall, invited their lady friends to their Boston tea parties to educate them on the need to stop this crazy demand and also won them over to their side to stop this ruthless feather trade. Their successful efforts eventually resulted in the formation of the National Audubon Society and Royal Society for the Protection of Birds.

“In conclusion, it is hard to imagine what would happen today if the two Boston ladies were unsuccessful in their lobby for the protection of birds from the feather trade. Our generation would never be able to see the Great Egrets feeding at Sungei Buloh Wetland Reserve today. It is also a poignant reminder of how important Sungei Buloh is for the reproductive cycles of future Egret populations on the Eastern Hemisphere.” 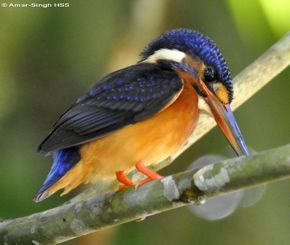 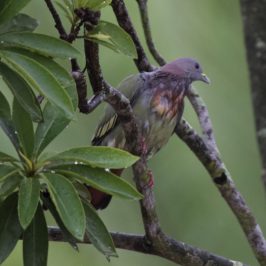