At Singapore’s Japanese Garden, Maung Maung documented a Little Heron (Butorides striatus) using pieces of bread as bait to catch fish. The pieces of bread were thrown into the water by visitors to feed the fish. Those that the fish did not eat, this Little Heron picked them up and threw them back into the water. As soon as a fish approached the piece of bread, the heron was quick to catch it with its long bill. 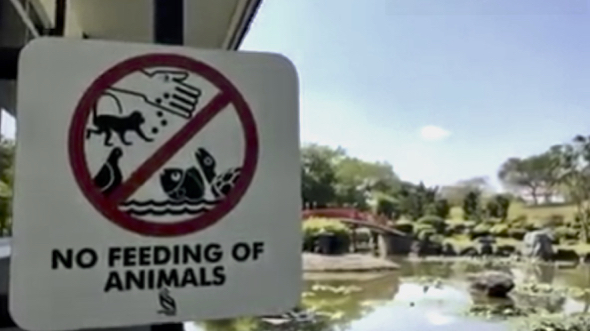 Apparently, the Little Heron was not deterred by the sign nearby that clearly states that there should be “No feeding of animals”.

An earlier post of a Little Heron using pieces of bread thrown into the Singapore Botanical Gardens lake to catch fish can be viewed HERE.

According to this LINK, herons are “bait-fishing champions of the bird world.” Seven out of “12 species of birds known to use bait as a tool to catch fish, seven belong to the heron family.”