This video was documented in Victor Harbor on the southern coast of Adelaide, the capital of South Australia in October 2016.

The Sooty Oystercatcher (Haematopus fuliginosus) feeds on a range of marine animals that include earthworms, bivalves, snails, sea urchins and crabs.

The video below shows the oystercatcher manipulating a dead crab to get at the soft flesh beneath the hard carapace.

Interestingly, the limbs were first detached from the body and swallowed. Using its sharp bill like a pneumatic drill, it pried open the ventral soft shell and succeeded in separating the body from the carapace or hard dorsal shell. The soft body was then broken into pieces and swallowed. Any fleshy pieces still attached to the carapace were extracted and eaten. There was no wastage.

With the swallowing of soft shell pieces, it would be expected that these would be compacted to be eventually ejected as a pellet PDF. 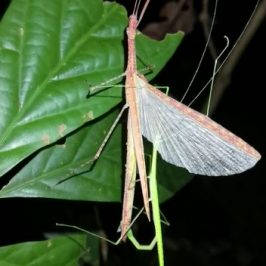 Phasmids are nocturnal insects which have incomplete metamorphosis and moult a few times in their... 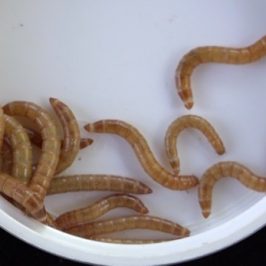