Frederick Loh‘s image shows the Yellow Bittern (Ixobrychus sinensis) in its classic posture that perfectly blends it into the surroundings. The vertical brown stripes along its narrow throat extends to an elongated, slightly broader head that in turn ends in a narrow pointed bill. All these provide the illusion of the bittern being part of the reed grass and lotus leaf stalks of this freshwater wetland habitat. 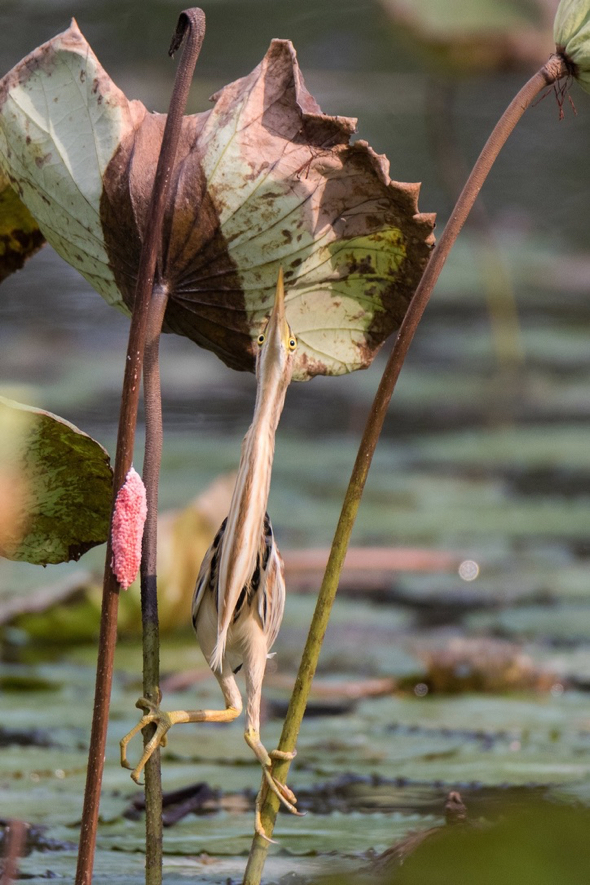 This is indeed camouflage at its best. So confident is the bittern of its camouflage that it will not fly off when one is close to it in the field LINK.

In this particular instance, there was a raptor circling in the sky above. The bittern remained in this posture for an extended period of time until the raptor flew off.