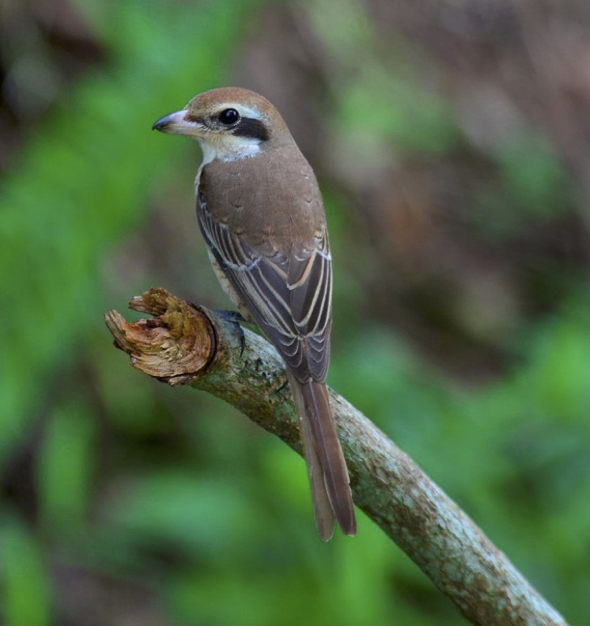 Johnny Wee’s images of a Brown Shrike (Lanius cristatus) caching a frog was documented at Bididari sometime ago. As typical of such butcher birds, it impaled the prey onto a sharp broken branch before tearing off pieces and swallowing them. 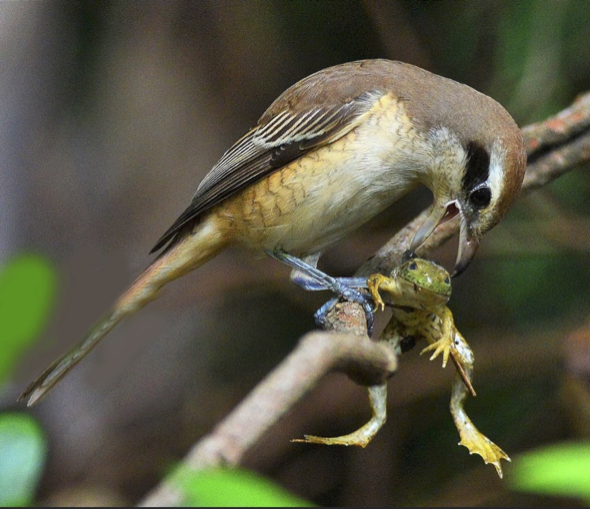 Dr Leong Tzi Ming, a researcher on amphibians and reptiles, has this to say of the prey: “Looks like a young American Bullfrog (Lithobates catesbeianus). This size is sold alive in fish shops for feeding carnivorous fishes. They are occasionally released into our green spaces where most would be consumed by a multitude of predators eventually, including this shrike.” 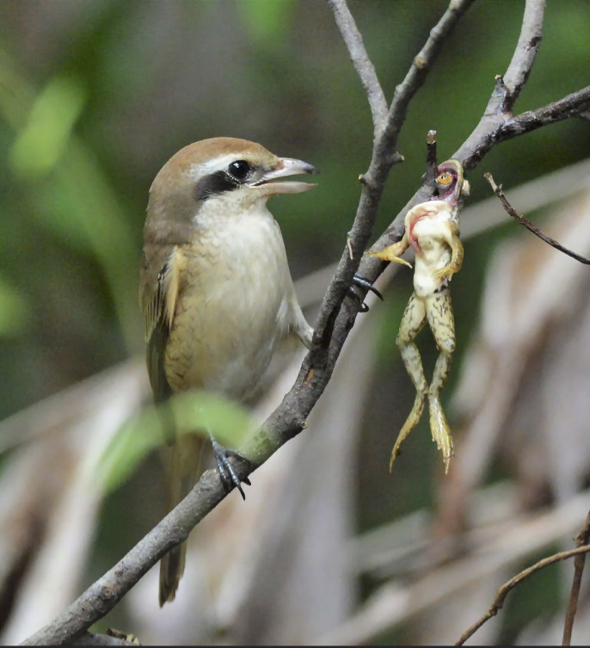 This frog, native to southern and eastern parts of the United States and Canada, has been introduced to many parts of the world, including Singapore. The bullfrog is cultured for food in the US as well as other countries LINK. 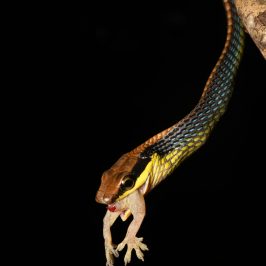