“The Streaked Spiderhunter (Arachnothera magna musarum) is extremely common and easy to observe at this hill station. We saw Streaked Spiderhunters feeding on a wide range of nectar sources, occasionally using nectar robbing techniques. Wells (2007) states that “For a species so regularly using hill-station garden habitat, flower-visiting behaviour is seriously under reported”. 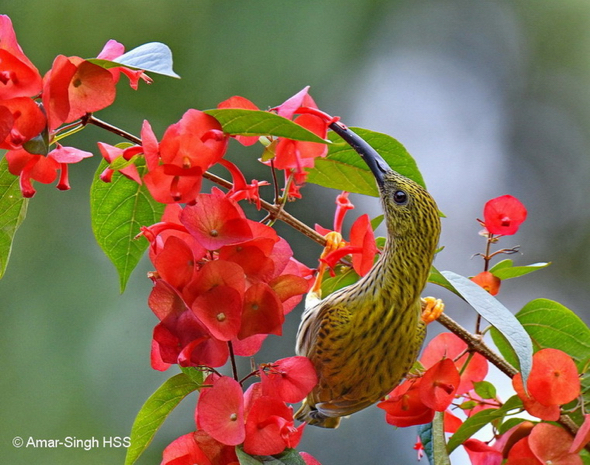 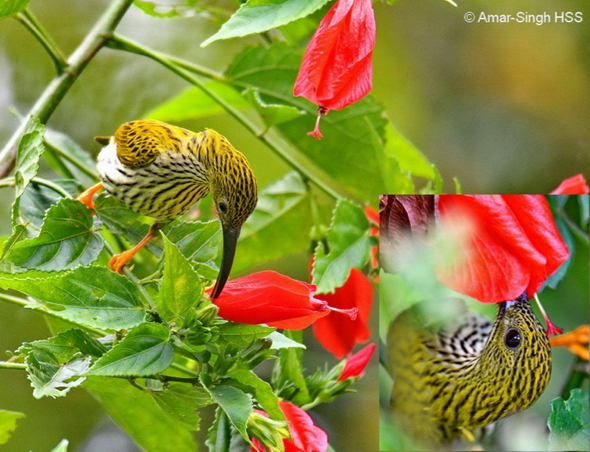 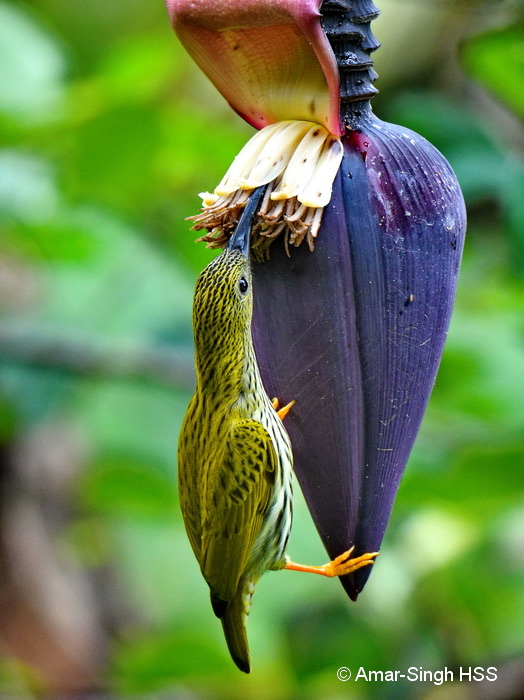 4. A species of Rhododendron (a creeper) that has been flowering in large profusion (same as the one I posted with the Little Spiderhunter recently). Very popular right now as a food source as flowering extensively in the hill station. Both conventional nectar feeding and nectar robbing techniques used (majority of the former). Will flutter to access nectar at times (even leap upwards to access nectar) (below). 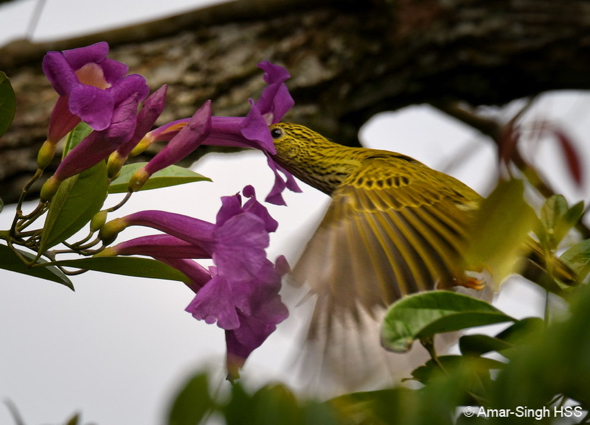 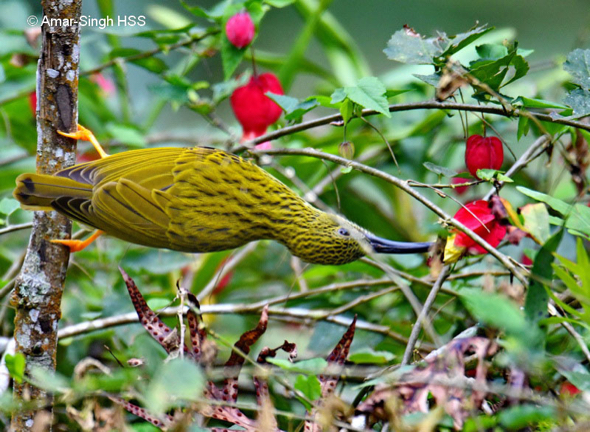 1. Poikilospermum suaveolens (Family: Urticaceae) – seen feeding on the flowers (they eat the flowers to get to the nectar) LINK. 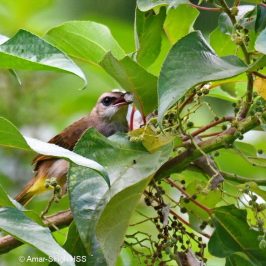 “I was doing my research and heard this loud tweeting sound – and decided to...