Through the good office of Wong Weng Fai, we managed to make contact with Sam Chin who sent us the images of the exotic escapee, Livingstone’s Turaco (Tauraco livingstonii).

“I’ve observed the bird about three times over the past year in the Adelphi Park area. It’s quite distinct when flying around not only because it is large, but because there is brilliant red under its wings in flight,” wrote Sam.

“About two weeks ago, I heard loud squawking while walking on Orchid Drive at the volume of a Stork-billed Kingfisher. Looking up into the tree, I saw the turaco. It’s a relatively shy bird and after it observed me looking at it at about 5 minutes, it flew into another tree.

“I followed it as it flew around and eventually it settled onto a tree outside 8 Orchid Drive and started to eat small fruit on the tree.

“The pictures attached are from that small window, when it came out to the open to eat. I was about 12m away. Since then, I have heard it, but have not seen it. I believe it is still around. 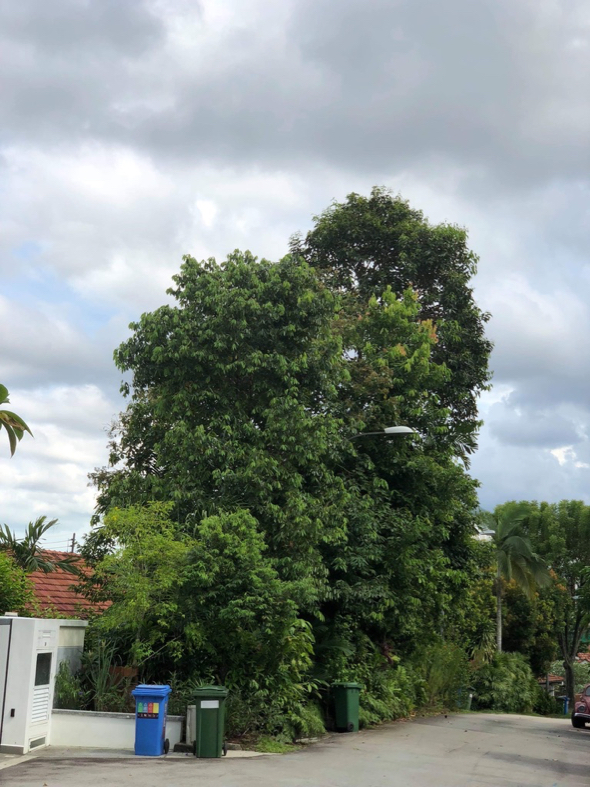 “I took 138 pictures of it while it was eating and have examined all quite carefully. There is no leg tag observable. I have also attached an image of the tree it was on (above).”

Note: The Livingstone’s Turaco, primarily a food eater, is native to subtropical lowlands of south-eastern Africa. Because of its size and beauty, it is categorised as Globally Threatened. 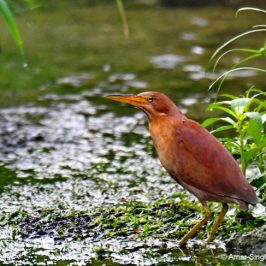 “Over the past 45 years that I have been bird watching I have seen the...