A Chattering Lory (Lorius garrulus) was documented by Gan Cheong Weei scraping the sori off the frond (=leaf) of the Rabbit’s-foot Fern (Davellia denticulate) to get at the spores (above).

Sori (singular: sorus) are clusters of spore sacs (sporangia) containing microscopic spores. They come in different shapes and sizes. The image above shows the sori of the Rabbit’s-foot Fern.

The spores, contained within the spore sacs, are ejected into the air when mature, to be swept away by the breeze. The above image, from another fern species, show 7 spore sace that had burst, scattering the many spores inside. When the spores land on a damp spot some distance away, they germinate to eventually give rise to young fern plants. So, spores are equivalent to seeds in flowering plants.

The three video clips (above, below) show the lory scraping the fern sori to get at the spore sacs containing the spores.

According to Wikipedia, fern spores are rich in protein and fats. Some vertebrates like bats eat them. Certain moths also eat the spores LINK.

Appreciate feedback from anyone with information on birds eating fern spores. 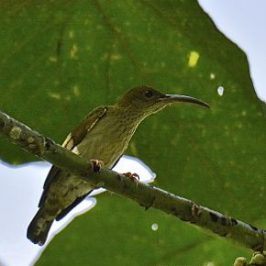 The Kledang-Sayong Forest Reserve in the Malaysian state of Perak is a mixed secondary-primary forest.... 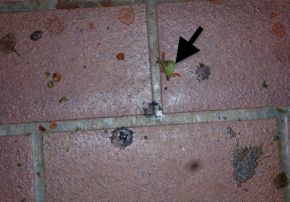 “The average bird interests us immensely. We have had a resident pair of Pied Fantail... 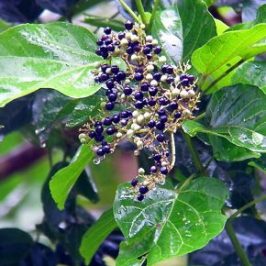 The image of a Red-eyed Bulbul (Pycnonotus brunneus) eating a piece of capsicum or chilli...